Monada's manager, Albert Makwela, confirmed that the musician is a polygamist and currently has two wives. 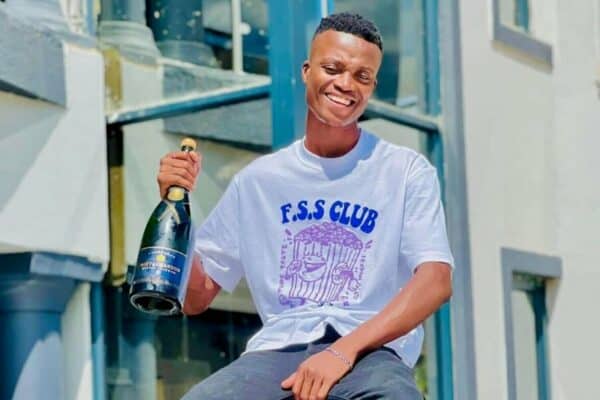 Multiple wedding bells are ringing at the Kgatle home as Khuto Steven Kgatle, commonly known as King Monada, asked his second partner for her hand in marriage.

Taking to social media over the weekend, the Idibala hitmaker posted a series of romantic pictures of himself and his other romantic partner, who is now his fiancé.

The pair were seen sharing a few kisses and flaunting the engagement ring, before celebrating their union with a romantic picnic.

Monada revealed in the caption of his post that he and his new fiancé had been dating for six years, and then promised to be a good partner to her throughout their marriage and union.

“If I had a flower for every time [I] thought of you…I could walk through my garden forever. It has been 6 years, and ultimately she said YES. I promise to be a good partner to you my love,” said Monada in the caption of his post.

The musician’s fans and followers were divided by the post. Most congratulated him and wished him a long and happy marriage, while others were confused and asked him how many wives he has.

ALSO READ: Musa Mseleku talks about the battle with his wives to take on wife No. 5

The confusion comes after the Ska Bhora Moreki hitmaker took to social media earlier this year to post a sweet video that saw him proposing to his first wife, Lerato Ramawela, who he has been dating for over a decade.

“If you tell me you love me, I might not believe you but if you show me you do, then I will,” said Monada in the caption of his post.

A few years into their relationship, Monada and Lerato welcomed their two beautiful children Temoso and Kgothatso, who the musician frequently posts about on his social media pages.

The musician’s manager, Albert Makwela, cleared the air on his behalf and confirmed that he is a polygamist and currently has two wives.

According to reports, Ramawela has been very supportive and understanding with Monada’s decision to take on multiple wives, and continues to keep their family grounded and afloat while her husband goes on tours for his music career.

Here are some reactions from King Monada’s fans on his second wedding proposal: