Mlengana's (Sis Ouma) passing comes less than a year after the death of her on-screen husband Ramolao played by Thema Mokoena. 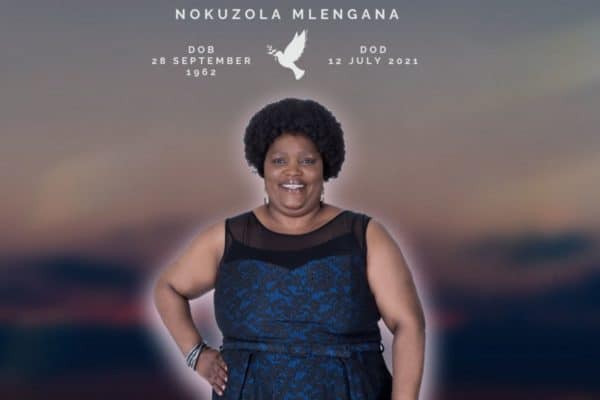 “What a painful loss this is to us. We love you and we will miss you dearly. Rest In Peace NOKUZOLA (Sis Ouma) MLENGANA. May her family accept our warmest condolences and we send thoughts of peace and courage their way,” read the Facebook post.

Mlengana was born in the Eastern Cape in 1963 and reportedly lived there until 1994 when she had to relocate to Johannesburg.

In a past interview with SABC Education, Mlengana described herself as”someone who loves fashion and always wears the latest trending clothes,” a stark contrast from the character she played who was happy to wear her uniform day in and day out.

The actress lived in Lyndhurst, Johannesburg, at the time of her passing and was a fan of keeping fit.

“When I was younger, I used to run marathons and always made sure that I remain healthy. I encourage young people out there to stay active and stop using things that harm their bodies,” said Mlengana who said she was no longer able to run like she used to. She committed to trying to walk 5-10km a day instead.

In an effort to earn a living amid a painful divorce in 2005, Mlengana says she went to every audition she could.

“I went to all the auditions I heard and I performed not knowing what I was doing due to lack of training.”

It was until she attended open auditions for Skeem Saam at age 45 that she got her breakthrough.

This is a breakthrough that she attributes to her faith and resilience – two character traits that pushed her to get into the auditions no matter what after she arrived late and got told that they were closed.

Fans took to social media to express their despair at the news. At the time of writing, the post about her passing had amassed over 2,000 comments in less than 20 minutes and had been shared over 3,000 times.