A guessing game of the highest order, 'Masked Dancer UK' sees celebs dressed in over the top costumes to impress panelist like SA's very own Oti Mabuse. Talent competitions have upped the ante the last few years by changing the format of singing and dancing shows by adding famous faces as actual participants and the Masked Dancer UK has creatively done just that.

Following the successfully international series of Masked Singer, the format of the show is a celebrity dressed in over the top costumes which reflect their alter egos, performing impressive dance routines in front of a star panel.

In Masked Dancer UK, 12 celeb contestants attempt to impress the judges with their dancing skills, the masked celebrities also share clues to their hidden identities.

During each episode, the panel votes on the best performances to decide who goes through to the next round, while trying to guess their true identities, which are only revealed upon elimination. The audience also gets a chance to vote for their favourite masked dancer.

You would think Mabuse would have the upper hand because of her dance background, but she said this isn’t the case.

Speaking to The Citizen, Mabuse said she was pleasantly surprised at how serious the choreography is from the masked celebs and that she still struggled to guess who was behind the mask.

“It was impressive, how much they were pushing their bodies, to get much content in their choreography, I was so happy and proud to be on a show like that.

“As much as I can comment on the dancing and their technical ability. I don’t think people were looking for that in this show. This show is so different, it is more about guessing.” Adding it didn’t help her that she knows the technical moves executed as this didn’t help identify who the contestant was. 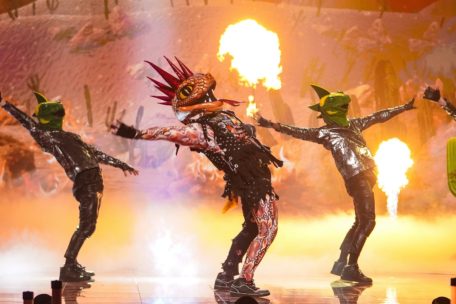 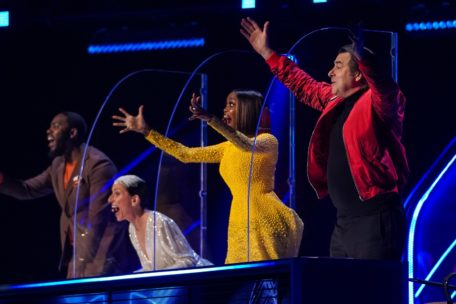 Mabuse says her “superpower” against her fellow panellist was paying attention to how they walk, dance and sticking to her gut.

The stage production during the performances is high quality. The show was shot during the lockdown in the UK, with no audience. Mabuse praised the crew and team for bringing the energy and entertainment for viewers, as it couldn’t have come at a better time during the pandemic.

“It is such a feel-good show, positive and such a fun family show that kind of help lighten up the mood.”

In the first couple of episodes alter egos such as Zip, Rubber Chicken, Beetroot, Viper, Carwash and a squirrel all strut their stuff to impress us.

Watch the sneaker peek below:

Having won multiple international dance competitions Mabuse says if she were a contestant, her costume would be under the radar.

“I will probably be an octopus, a seahorse, maybe even a horse, a strong stallion or a unicorn something happy but down played.” Having moved to the UK years ago to expand her dance career, Oti says doing Masked Dancer UK was for her family back in SA.

“Everything I do, I do for them…It’s just a proud moment to show all that I have been doing to the people at home, where I come from.”

Commenting on the unrest seen in KwaZulu-Natal and Gauteng this month, she says the country has been through a lot and is still a young democracy.

“I think we have learnt through our lessons. We have had so many influential people come before us and actually show us that working together out of love, loving one another to care for one another is a thing we should be focusing on. Focusing on moving forward and strengthening as a country.”