WATCH: Nataniël explores his French past in new series

'Terwyl ek wag' kicks off with some Huguenot history, as Nataniël's French ancestor, Jean le Roux, was one of them. 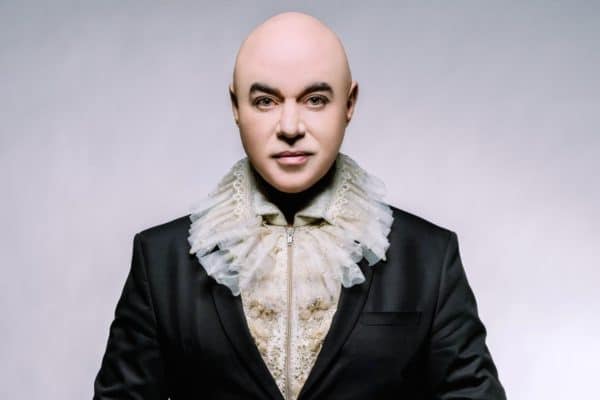 Nataniël is back on TV from October. Picture: Supplied

According to the artful entertainer, there are currently two kinds of people in this world: those who wait for things to return to normal and those who await total change.

In his new lifestyle series, he learns about loss, craftsmanship, food and art from his ancestors, with an immense interest on what you do while you wait.

Terwyl ek wag kicks off with some Huguenot history, as Nataniël’s French ancestor, Jean le Roux, was one of them. Le Roux waited 17 years to buy a piece of land between Cape Town and Stellenbosch after fleeing to South Africa from Blois in France.

A masterful and enchanting adventure is to be expected from this show – which was filmed in the original and more than 300-year-old farmhouse – as Nataniël uses his heritage’s influence on food, agriculture, wine production and cookery in South Africa as inspiration.

Even the costumes for Terwyl ek wag were inspired by the French Huguenots’ fashion, culture and historic designs from the 17th and 18th centuries.

“History repeats regularly and in various ways,” he says.

The show comes with stories, historic receipts and many surprises and director, Janhendrik Burger says that it’s unbelievable to see how a thousand different ideas get woven into one tapestry of beauty. Even the music has been originally written and recorded in two music styles – French classic film music and European Jazz.

Terwyl ek wag is split into 13 themed episodes, each with a waiting and preparation element attached to it.

Terwyl ek wag has an overall theme of waiting and viewers can expect to learn from experts, artists and craftsmen along the way. It’s all about recreating a world and then, of course, Nataniël creates a whole new one as well.

The kitchen, lounge, porch, studio, garden, river, wood, vineyard and farm road of his ancestors’ home is recreated with the help of artists, furniture makers and designers – all Nataniël-style.

Berdene Burger, producer of the show, says every adventure with Nataniël promises to be filled with resourceful ideas, useful information and visually pleasing elements, with lots of entertainment.

In the show, “Nataniël weaves the practical everyday with enchanting inspiration”, she says.

With this lifestyle show, Nataniël says he is taking his first step for the second time.