Kelly Khumalo reminds everyone that she’s an actress too

Kelly Khumalo will be playing herself when she meets the team at 'House of Zwide' in pursuit of an exquisite dress for an event. 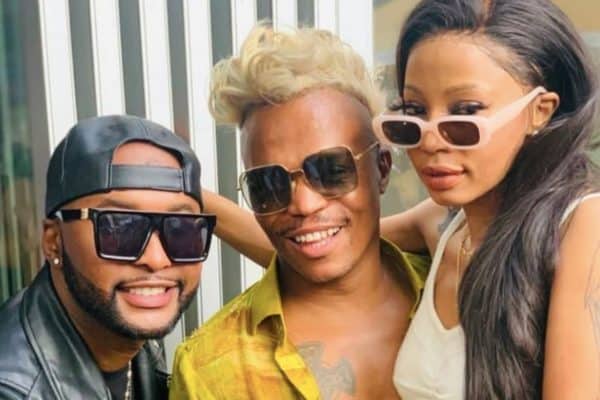 The past year and a half has been a busy one for South African musician Kelly Khumalo. Not only has she launched her own brand of gin and two successful seasons of a popular Showmax reality show, but Kelly has also appeared as a judge on SABC1’s Stand Up SA and will soon appear on e.tv’s House of Zwide.

According to the channel, Kelly makes an entrance and demands only the best from the team at House of Zwide. This is not her first stint on e.tv as she previously played the character Sunay on Rhythm City.

The channel also crowned the show “e.tv’s number one watched show in South Africa” in the 7pm slot.

Kelly comes to the show because she needs an exquisite dress from the House of Zwide range for an event she plans to attend the following day, along with her flamboyant right-hand designer – J’adore.

If fans are curious about whether or not the design team can find her something to wear, e.tv urges them to tune in.

House of Zwide airs every weeknight at 7pm on e.tv (DStv channel 194).

Stand Up SA is presented by Dineo Langa and Kelly is a judge on the show alongside singing superstar Kurt Darren and actress, dancer extraordinaire Lorcia Cooper Khumalo.

The show is a singing competition where family duos battle it out to impress the studio audience and the judges in an attempt for a standing ovation, to ultimately win a grand prize of R100,000 and be crowned the best singing duet in South Africa.

According to the SABC, the show promises to unearth singing talent, allowing the viewers to follow the duos’ personal journeys, growth, victories and disappointments.

READ NEXT: Kelly Khumalo opens up about Senzo Meyiwa’s betrayal