Viewers were taken aback by ‘uThando Nes’thembu’ head, Musa Mseleku, dictating what his wives should and should not wear in his household. 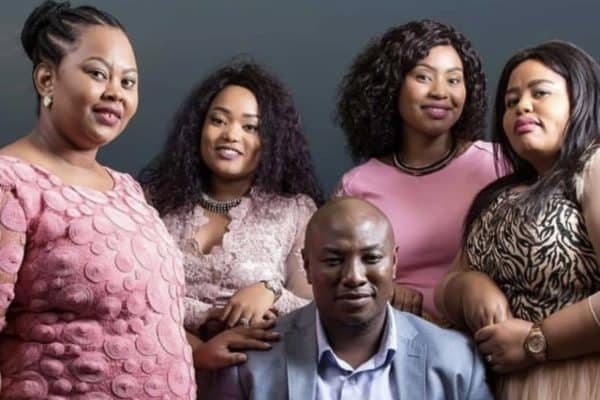 On the recent episode of one of Mzansi’s most loved reality TV shows, uThando Nes’thembu, the Mseleku wives find themselves in conflict once again as they find it hard to agree on certain matters pertaining to their polygamous marriage.

Msumbe is the home she and Musa share with their children.

MaCele said when she agreed to getting into a polygamous marriage with Musa, she never had the intention of living in the same yard with him and his other wives. She also added that she could not continue having a man she is married to, live right next door with another woman.

“I will never live in Msumbe. Never. I will never have my husband sleep next door to me. I’m not saying anyone who does it, it’s a problem, but I can’t,” said the first wife.

In the next scene on uThando Nes’thembu Musa’s youngest wife, MaNgwabe, called her closest friends to come over for a little picnic where she announced that she was finally done with her studies, and now had the time to see them more and spend more quality time with them.

She also shocked her friends as well as the viewers by announcing that since she is done with her studies, she feels it is time for her and Mseleku to try and have their first baby.

WATCH: ‘uThando Nes’thembu’: Is one of Musa Mseleku’s wives leaving him?

Towards the end of Thursday night’s episode of uThando Nes’thembu, Musa called a private meeting with MaKhumalo to discuss the issue he has with her occasionally wearing pants instead of skirts and dresses.

MaKhumalo stated her case that there is a time and place for certain dress codes which should permit her to wear the pants she desires and that her husband should not dictate to her what to wear and when to wear them.

However, they should rather discuss the matter and reach a consensus that allows both of them to be happy.

Mseleku said he did not believe in having to understand or reach a mutual ground with his wife, because what he says should go, and if there are rules that he has put in place in his polygamous relationship, then all of the wives should abide by them.

“She is dreaming because she has to do what I say. That doesn’t mean I’m oppressing you, nor stopping you from being yourself. All I am saying is that there are rules that need to be followed in my household,” said Musa.

Viewers were taken aback by Musa’s statement and were upset that he was dictating the dress codes of his wives, and telling them what to wear, and what not to wear.

Viewers also noted how pleased they have been to see that the wives have changed since season one, and have started speaking up for themselves against their husband and his harsh and strict rules.

'uThando Nes'thembu': 'What Musa is doing to MaKhumalo is emotional abuse'
5 days ago
5 days ago

'uThando Nes'thembu': 'What Musa is doing to MaKhumalo is emotional abuse'
5 days ago
5 days ago