‘uThando Nes’thembu’ reactions: ‘MaKhumalo is such a great mother to Mpilo’

Viewers were in awe of the wonderful relationship MaKhumalo has with Mpilo, and wished she could have children of her own soon. 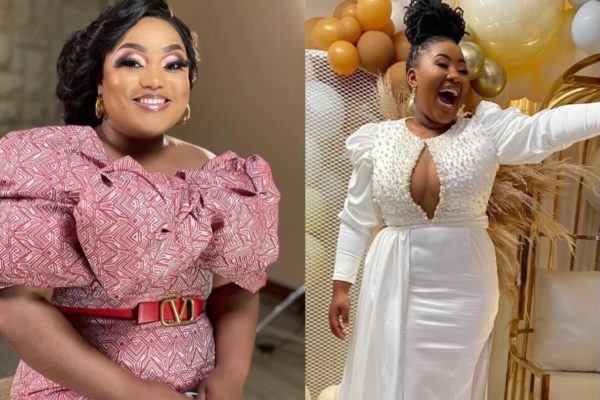 On Thursday evening’s episode of uThando Nes’thembu, viewers witnessed the Mseleku family coming together to celebrate Mpilo, one of Musa Mseleku’s daughters which he shares with another woman named Thobile, who is not a part of the polygamous marriage.

The beautiful celebration had a white, brown, pink and nude theme, and guests were draped in gorgeous outfits which matched the colours of the theme while the guest of honour, as well as the Mseleku family, were dressed in white.

During the speeches, members of the family took the stage to share a few words about Mpilo, and also mentioned MaKhumalo’s astonishing role in Mpilo’s life. They thanked her for raising Mpilo as her own and taking care of her since she was seven years old.

Viewers also took to social media to express how much they adore the relationship MaKhumalo has with Mpilo. They shared how they wished MaKhumalo could have children of her own because she would be a great mother.

ALSO READ: ‘uThando Nes’thembu’: ‘What Musa is doing to MaKhumalo is emotional abuse’

The elephant in the room was also discussed in this episode of uThando Nes’thembu. MaKhumalo called Mseleku over to discuss the rumours that he would be taking on a new wife with the same surname as her, who will give him children seeing as though she cannot.

MaKhumalo said MaCele mentioned the idea of Mseleku taking on a new wife with the same surname as her during their lunch date, and also said how she knows that MaCele would never bring the topic up unless it was something that was really taking place.

MaKhumalo made it clear that she just wants some clarity, and wants their husband to be honest with her about what is going on because she is tired of being left in suspense.

“I am here and I don’t have a problem with talking to you because this is about you. You are the one who will be marrying a MaKhumalo. There is no way that Mamkhulu [MaCele] would know about this and you don’t,” said MaKhumalo.

The conversation between Mseleku and his third wife did not reach a conclusion, and viewers will get to see how the discussion ends in the next episode of the reality TV show.

Here are some reactions to Thursday evening’s episode of ‘uThando Nes’thembu’: