Van Rensburg back to finish the job

Marco van Rensburg has arguably been riding his best season yet and has proven to be ultra-consistent. 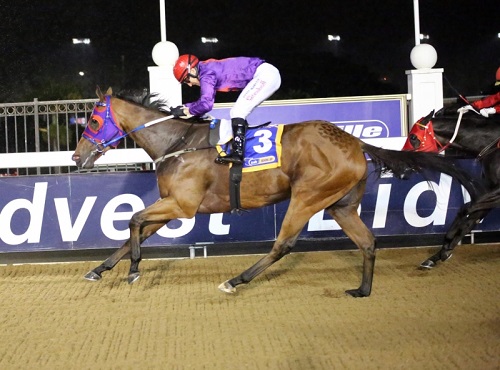 If he’s not in the winner’s box he’s running a place – which makes him a jockey worth following.

He rides all over the country and is set to continue his dominance when aboard Mr Mcsteamy in Race 9, a MR 69 Handicap over 1200m today at Flamingo Park.

This gelding has been extremely unlucky in a number of races and deserves more wins than the two he has recorded.

A son of King’s Chapel, he wasn’t disgraced in his first run at Flamingo Park when beaten 1.75 lengths into second by Easy To Please. Marco rode him on that occasion and will be looking to go one better today. Much is in his favour – he’s well drawn in stall No 4 and will shoulder 58.5kg which should increase his chances.

Mr Mcsteamy has been heavily backed, even prior to last week’s run. This could be a reflection of his ability. He hasn’t run out of the money in his last four starts, I don’t foresee this changing today.

He holds Secret Delight and Scheme Of Things on form having run many lengths ahead of them last week. Although Mr Mcsteamy prefers 1000m his last run suggests he’ll relish the extra on the sand. His biggest danger is another son of King’s Chapel, Bishop Of Bombay who returns from a rest following a gutsy victory on debut. He will carry an astonishingly light 49.5kg, that’s 9kg less than Mr Mcsteamy.

Marco has plenty chances with trainer Cliffie Miller on the card – history has proven that horses who relocate to Kimberley from Johannesburg tend to flourish at the course. Such could be the case when he rides Imperial Gold in the third race. He has decent form but returns from a lengthy 118 days’ rest, if fit he stands a massive chance.

Like I said, if Marco isn’t winning he’s running a place so a number of his runners are worth Eachway bets include Colour Vision, Grozny and Red Hot Russian. Hopefully we can all kick today off with a little profit in our pockets.