Take a shot with Paul Lafferty

This three-pronged challenge has been blunted by the scratching of two of his charges. 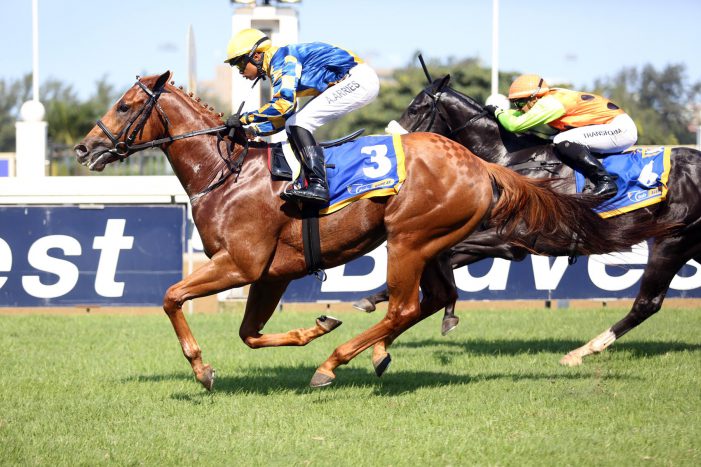 CAPE DEBUT. Sniper Shot will have his first star in the Western Cape when he runs in Race 7 at Durbanville today.

It is heading for the feature race season in Cape Town and trainers trek from other provinces to compete.

Among the first to arrive has been KwaZulu-Natal trainer Paul Lafferty who will send out his first challenger at Durbanville today.

This three-pronged challenge has however been blunted by the scratching of two of his charges although the remaining Sniper Shot looks a good bet in Race 7.

This Judpot three-year-old ended his two-year-old season with a bit of a bang and while he may not have won either of his last two races, was most certainly not disgraced in either of them.

He was a gallant runner-up and only half a length behind crack two-year-old Al Mariachi in early July and was then third behind the same runner four weeks later.

On both occasions Sniper Shot was doing his best work late so the step up to 1400m on his comeback run should not be a problem and it is possible he will be even better over the classic distances being by Judpot.

Jockey Craig Zackey continues his good season and gets his first ride aboard him.

The biggest threat could come from Captain Courteous.

This Captain Al colt was kept sprinting for most of his career but has shown in his last two starts he does go further. Captain Courteous ran on strongly to win over the Kenilworth 1400m in his penultimate start and was an unlucky loser of his latest start.

The now five-year-old always does his best work late and was a stride too late from beating New Caledonia. He is on a career high mark though so will not have it easy this time.

There are some decent fillies running in the lucky last. The Candice Bass-Robinson-trained Ontenderhooks quickened up when beating Bid For Sunset last month and can follow up by winning Race 8. A wide draw is a problem but it would not be a surprise were she to overcome that.

Trainer Joey Ramsden does not often have horses win first time out for his stable so when they do one must take notice and Still I Rise flew up late to also beat Bid For Sunset on debut.

Bass-Robinson has another string to her bow as she also has Double Black in the race. This Twice Over filly also scored on her debut which was over Kenilworth 1200m.