It would be surprising if the Randjesfontein trainer doesn't have a few of his 13 runners on the nine-race card among the winners' circle. 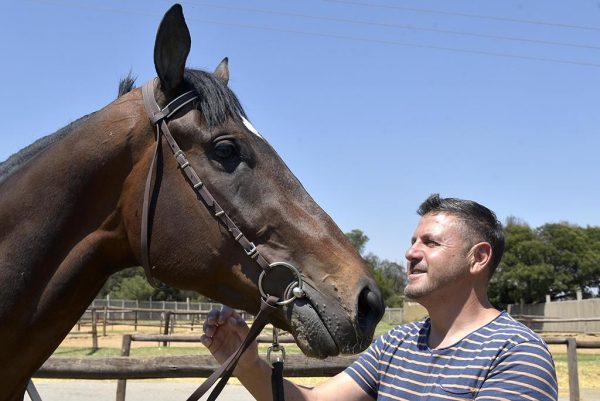 Sean Tarry, champion trainer in four of the past five seasons, is lying third in the current standings, but can make up some ground on Justin Snaith and Paul Peter at Turffontein on Saturday.

The Randjesfontein conditioner saddles 13 runners on the nine-race card and it would be surprising if he didn’t pay at least a couple of visits to the winner’s circle.

The headliner on the day is the Egoli Mile, a non-black type handicap for three year olds, and Tarry sends out two runners who could end up fighting out the finish.

Topweight Shah Akbar is a determined frontrunner who has won twice on this course and was only run down late by smart Second Base in the recent 1800m Sceptre Stakes. Lyle Hewitson, going all out for a third champion jockey crown, is in the irons and a strong showing looks assured.

Stable companion Invincible Warrior has been to the races twice, for a win and a second, and seems to have the credentials to progress far in the game. He is partnered by golden boy Luke Ferraris, fresh off victories in the Cape Met and the Gauteng Guineas.

Of course, nothing’s ever cut and dried in racing – especially when developing young horses are involved. Dangers for the Tarry duo come in the shape of Argentinian import Puerto Manzano, Wolffs World, Stone Cold and Humble Tune.

Tarry seems to have Race 5 at his mercy with speedsters Chimichuri Run and Eden Roc. Both horses are a match for the best sprinters in the land and could well be eyeballing each other after careering down the 1160m length of the Turffontein straight.

Chimichuri Run will be ridden by regular partner Gavin Lerena, who guided him to victory in an identical race three weeks ago. Stable jock Hewitson is a familiar presence in the saddle of Eden Roc, a very consistent sort who will surely be in the reckoning.

The second pinnacle stakes event, Race 6 over 1800m, also has two Tarry contenders – Cornish Pomodoro, who was good enough to get into the 2020 Summer Cup but has been a tad disappointing of late, and Flying Carpet, a rapidly improving three year old who has a bright winning chance with the featherweight of just 47.5kg.

Erstwhile big hitter Barahin from the Mike de Kock stable is the class horse in this contest and should have the measure of the opposition here if he conjures up anything like the ability shown when giving the best a run for their money a while back.

Apart from the Tarry pair, Divine Odyssey and Green Haze seem to be the threats, while a blinker strike on Imperial Ruby should be noted by punters seeking to sling in a roughie.