Proud, honoured to ride for SA

That time of the year has come around again when we compete against an international team of riders in the International Jockeys’ Challenge. 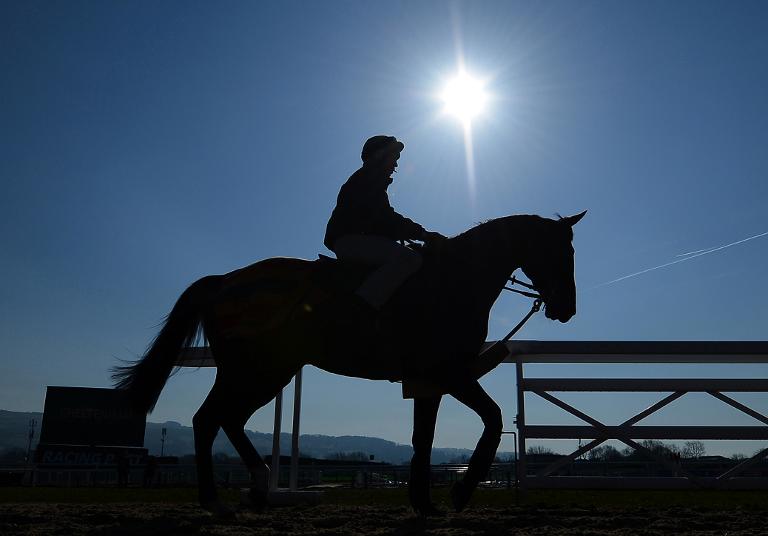 We get the opportunity to represent our country and we are proud and honoured to do that. Let’s hope we can do better than our rugby and cricket teams have performed on their current tours so far.

The international jockeys arrived in South Africa earlier this week and we have been very well entertained. We went to the Pilanesburg for two nights and stayed at the Lost City. We also had an evening when we met the veterans of the Manchester United soccer team.

I think we were all quite spoiled by the luxuriousness of it all from the accommodation, to the food.

I spent most of my time with the kids at the Valley Of The Waves and did not even step anywhere near the golf course.

After all that pampering and relaxation we all have to get back to reality for the Challenge which begins today at Turffontein and concludes tomorrow at Kenilworth. With all the travelling that could be a bit hectic but we are all in the same boat.

I suppose we must have a slight advantage as we know the tracks and the horses. Tomorrow the Cape Town jockeys will be able to help us with the horses we ride down there.

We like to have a fair and even chance but there are some races in Cape Town where not every jockey has a ride in the race and that surely detracts from the event.

We start at Turffontein today and Race 1 is for three-year-old fillies so there are some who could improve. My first choice is Kosava. She ran in a feature race last time off a shocking draw and was only beaten 3.50 lengths. She could be the banker in Trifectas and Quartets and consider including Brown Sugar and Moonlit Venice.

I ride Green Crest who is held by Moonlit Venice on one run. I’m hoping that wasn’t her true form and she is capable of reversing that run.

Race 2 is for the colts so the same rules apply. My first choice is Illuminati as he has run against some of the best in the country and been badly disadvantaged by some poor draws. The danger could be Mutamakkin as he has only had one run and looks like he could be a smart sort.

The other horse to consider is Sun On Africa as he ran second to Bezanova who won the Charity Mile.
I’m riding Front Rank. He’s been well beaten in his last couple of starts and I’m hoping he can make some improvement.

Race 3 looks to have a banker in the opening leg of the Place Accumulator in the form of Alboran Sea. The danger could be Jet Belle as she’s a quality filly. She’s run in the Vodacom Durban July and she’s won over sprint distances previously after a rest so the same could happen in this event.

I’m riding Greasepaint. On handicapping he will struggle to beat some of these, and even though he’s won his last two starts, it was not against the quality he meets in this field.

Race 4 is quite a competitive race as nothing really stands out. My first choice is Akii Bua but for the PA I will back him up with American Storm, even though he’s coming back in distance.

I’m riding Lertasha who is a filly, having her second run from a layoff and is badly drawn. I’m not sure what to expect. I would consider the field for the Pick 6.

Race 5 is another competitive fillies’ race. I’m riding Sunday’s Sister. She did win her last start and could enjoy the extra distance. But I’m leaning towards the horse I thought would win that race – Lemon Tea. She is 3kg better off and that was her second run after a layoff. She has also raced in feature races in the past. Those are my two PA horses but as there are others with chances you might also consider Lady Muffet.

For the Pick 6 I will go quite wide as this race is not that strong. Tinseltown, Nightingale Grey, Tomorrow’s Miss, Will I Do and Stylish Bay all need to be included.

Race 6 contains my best bet of the day and that is Hawaiian Sun. I see only Wisdom Stone as the danger but she has a very poor draw to overcome whereas Hawaiian Sun has ability and a good draw.

I’m riding Lavish Gal who is a filly taking on the colts and will need to improve quite a bit to threaten the top two. Hawaiian Sun is a banker in all bets.

Race 7 could possibly see another banker in One Fine Day. I don’t know her that well but she looks to be better over this distance and is surely a PA banker. The dangers could come in the form of stable companion Berlinetta, Olive Leaf and Winter Passion. Berlinetta is a very impressive looking filly and she could come to her best.

Another horse who looks promising and could also come to her best is Olive Leaf while Winter Passion ran second to Alboran Sea in a fast time and must have a chance.

I ride Tzigane who struggles to keep up to the pace over 1000m and the same is likely to apply in this race. She is held by Winter Passion.

My value bet of the day comes in Race 8, the Victory Moon Stakes over 1800m, and that is Heart Of A Lion. He has run against a lot stronger, racing at level weights with them, and finished four lengths in front of my ride, Mountain Master, who inexplicably has been opened up as favourite.

In my opinion Heart Of A Lion will enjoy the extra distance and, as he has pulled hard in his races in the past, the removal of blinkers could just be what he’s looking for.

Others to consider are the best-handicapped runners and those are Santa Carolina and Everest. I rode Everest last time and he disappointed as he did not run up to my expectations. It might just have been because it was his second race after a layoff and he didn’t relax up front, which took its toll.

For the Pick 6, if you’re looking for more than these then you need the field.

In Race 9 my selections are National Key, Morpheus and Fah Fee. As Morpheus has a bad draw I will lean towards the other two for the PA and add Morpheus into the Pick 6.

I ride Foyle. He’s held by National Key and he also has a bad draw to overcome. I’m just hoping to get a few points for the team.

What makes Race 10 is difficult is that I’m not sure how good Estidraaj is. She won her second race by 9.50 lengths so she could be something special. As it is difficult to assess her form coming off the Polytrack one should include Ataab as back up.

I’m riding Cassia who is having her second run from a layoff and I would be quite happy to get us a few points.

I ran second to Magnum Opus when I rode Shepherd’s Warning. We are better off at the weights but Magnum Opus was super-impressive and won with plenty in hand. That will make him a hard horse to beat. My second choice in Race 11 is his stablemate, Enaad.