I was due to travel to Cape Town next weekend to ride Harry’s Son but that has now changed because there are some travelling restrictions for horses right now. 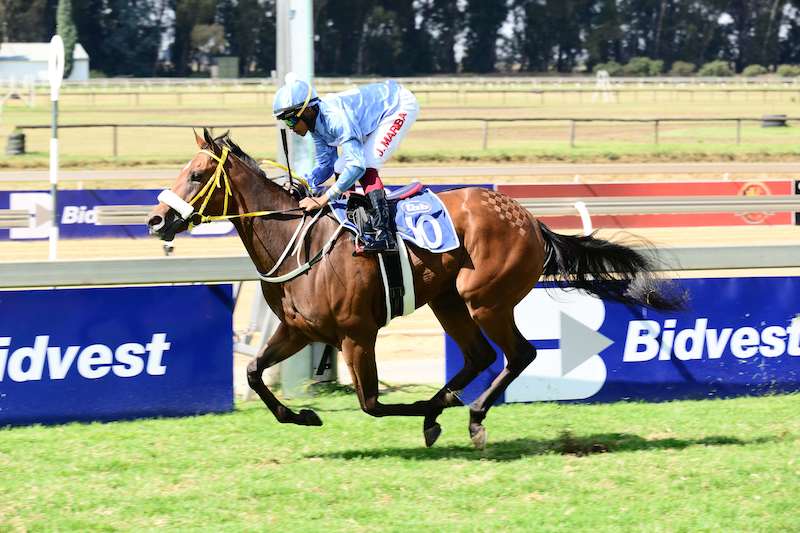 However, I will be off to Port Elizabeth on Sunday next week to ride Arion in the Algoa Cup for the Justin Snaith yard, so it will be a busy weekend. Even though I don’t enjoy the travelling it will be nice to be back to PE and see some family and old friends.

I’ve enjoyed riding in PE where I started. It is known for having some severe weather and I often feel that coming from a place like that, where the wind can blow and the rain can fall, has taught me to deal with the conditions.

It takes experience and a bit of thinking to be effective in the wind as it can blow from the back, from the front and from the side. Sometimes it can swirl around and after battling to get cover you find the wind has changed direction. One also has to take into account the speed at which we are travelling.

Sometimes, as much as you want to ride for cover in the wind, it might not provide any assistance. For example if you are riding a one-paced horse who can’t quicken in the short straight, getting cover does not benefit your mount. Sometimes you have to do it the hard way and hope the oppositions also battle to get cover.

You could try to rectify that by moving earlier but then you end up running into the head wind and battling to make it up.

Sometimes you ride a horse with no speed and there is a tail wind. In the race there could be a very average front runner who gets into a handy position because he has natural speed and if he accelerates at the top of the straight and gets help from the wind, it could play havoc with the form book.

The horses outpaced at the back of the field battle to get going and that is how upsets happen. In a headwind one can find oneself in front, leading where nobody wants to lead, and you find the pace is a crawl. In that case you hope your horse can accelerate better than the rest.

You also need to ride a horse that is controllable. For example, I rode Lavender Landscape on Thursday and unfortunately you are not riding him with absolute control – he takes you for a ride and is hard to hold. On this occasion he galloped very hard from the beginning and when I needed to try and restrain him, even for just a small part of the race, he was just not responding to my efforts and tired quite badly near the end of the race where it counted most.

Racing is on the inside track at Turffontein today and Race 1 is for work riders. However, punters could start off to build their kitty for the day because Sailabrate looks hard to beat. Francis Semela is one of the best work riders and from a good draw he will get the best out of the horse.

One could take Exactas and Swingers with Racing Socks who ran poorly last time, but the run before that was quite strong.

Race 2 is a very competitive field. They are all three-year-olds and could improve at different rates. The horse I thought they all had to beat is Triple Beat but he does have health issues and we may have to take his fitness on trust.

Once again I’m riding a horse priced up as favourite in Hyaku. He is quite a big horse and probably needs to be gelded. This shorter distance with the short straight will not help his chances. But we’re in this race hoping he overcome these obstacles and is good enough to win as he has a bigger race in his plans.

The other runners with chances are Super Glue and Unparalleled.

The two horses with the best form in Race 3 are Victorious Royale and Down Under. However, they are both badly drawn. I’m riding Down Under who is also coming off a rest but please remember I am not stable jockey to the Van Zyl yard and as Keagan de Melo is aboard Spekboom, it could be worth keeping an eye on him. Dance Code could improve on his recent run and he has a decent draw.

For the Place Accumulator go wide and it might be wise to include all four mentioned.

In Race 4 I ride Blackberry Wine. She has some decent form and she needs to be included in all bets. She is trying this distance for the first time so only the race will tell if she will stay.

The only other horse I would consider is Cape Marigold. Her only other run on the turf was very good and a repeat of that run would probably be good enough to win this event.

I will make her a banker in the PA but add Blackberry Wine into the Pick 6.

Race 5 is a plate race and the best-weighted horse should win. I would be surprised if One Fine Day gets beaten in this field. She is drawn well, and even though she’s coming off a rest some horses can get away with it over 1000m, even though not 100% fit. She’s banker in all bets.

Race 6 is quite a competitive fillies’ event and looks quite hard. As the draw plays a part over this distance lean towards better drawn runners – Lavender Girl, American Pie and Seattle Trade. Those are my first three and they should be okay for the PA but I’m not particularly confident and it would be wise consider taking the field in the Pick 6

For the record my mount, Silent Rush, has been scratched.

Race 7 is potentially one of the most difficult on the card. You could take a chance and banker Trip To Rio. Unfortunately he has just won his maiden but on the positive side, he is a young, improving sort and he is reputed to be a horse with some talent. Most importantly, he has No 1 draw.

As this is a competitive field lean towards the better drawn horses and they are Urgent Fury and Paintyourface.

I’m riding Don Vito but he is held on numerous runs.

Race 8 is another competitive race with some horses showing ability. My first pick would be

Illuminati as he has raced in feature races in the past and has not disgraced himself as in all of these runs he has landed really bad draws. He is coming off a rest and if racing fit he could be a possible banker.

Another to consider would be my ride, Morpheus, but with the weight turnaround Silver Scooter should finish in front of him. Also consider Sabadell and Sovereign Mint.

For the PA consider Illuminati, Silver Scooter and Morpheus and add Sabadell and Sovereign Mint into the Pick 6.

In Race 9 you have another in Lemon Tea who has run in feature races but is coming off a rest. If we knew with confidence she was racing fit, she could also be a banker. The only other horse to consider in the PA is Main Sunday.

For the Pick 6 consider Lucky Hand and possibly Celtic Heroine. I’m riding Apple Tart who has been priced up at 6-1 and has not tried the distance. Perfect Winter, who is better off at the weights and finished in front of my mount last time, is at 25-1. Once again one is advised not to be misled by the betting!