The days when men had limited fashion choices are long gone. With the increase of stores catering exclusively to fashion-conscious males, men all over the world are embracing a variety of styles from other countries. 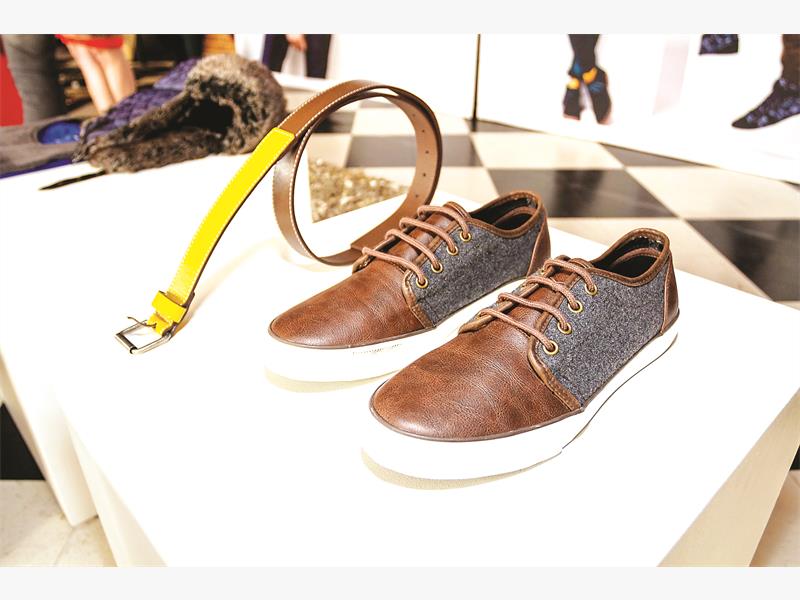 Visit some of Johannesburg’s trendiest hotspots to see the strong influence of American “swag”. This term, usually associated with hip hop culture, has come to mean dressing with confidence, looking cool and showing off what you’ve got. Flatbill baseball caps, high cut sneakers and T-shirts with patches of leather and chains all form part of the American trend list that has been popular for the past year. But, according to stylist Tshepo Phakathi, 2014 is the year of the gentleman.

“Hip hop stars like Big Sean, Ludacris, Drake and Kid Ink have made this attire cool,” says Phakathi. “But this look could easily make a grown man look like a teenager.”

A few tweaks can help a mature man look cool and age appropriate.

“Wear high cut sneakers with a pair of dark jeans and a plain formal shirt. Make sure the shirt isn’t the same colour as your sneakers. And stay away from T-shirts with large printed letters. Wearing a shirt with the word ‘swag’ on it is not cool – even if you are a teenager.” The most important thing to remember about swag is that it’s also an attitude.

“Take a trend, make it your own and be proud of looking a little different,” advises Phakathi.

For a more conservative but stylish look, French fashion might be the answer. French menswear store Celio recently opened its doors in Johannesburg, offering an autumn/winter collection with funky colours, classic cuts and a whole lot of je ne sais quoi. While French fashion is usually more formal looking, Celio also caters to the mature guy who also wants to look trendy.

The clothes are best described as stylish and easy to wear. The designs of the T-shirts and pants are clean and simple, with little text and soft patterning. The Celio man is meant to look effortlessly stylish, says Yasha Shummun, who runs the label’s store in Cape Town. Unlike big and baggy hip hop apparel, a French-inspired look is usually more fitted and the clothes are designed for a tall, lean physique. A shirt goes for about R200, while a suit costs about R2 000 – reasonable, considering that a designer suit usually goes for about R6 000.

“Every man needs a good suit – besides the standard black suit,” says Phakathi. “The grey pinstripe suit is great for a classic look with a vintage feel. Opt for a suit with thin pinstripes close together for a smoother look.”

With Paris being the fashion capital of the world, one thing the French are not afraid of is experimenting. Since the colour pink became popular last year, many hipsters have found ways to incorporate it into their wardrobe.

“Wearing a bright pink blazer with jeans and a white shirt could add a high fashion edge to your look,” says Phakathi.

“But if you’re not feeling that bold, try a light pink shirt with dark jeans for a stylish office look.”

If there’s one thing that American swag and French fashion have in common, it’s that they both require confidence to pull off.

“Being stylish is about breaking traditional fashion rules,” says Phakathi. “But don’t break all the rules at the same time.”