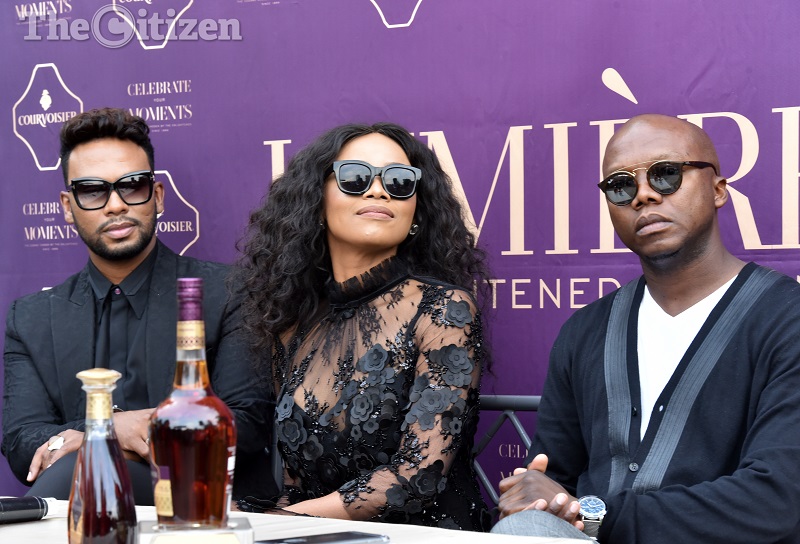 David Tlale, Bonang Matheba and Tbo Touch – three of South Africa’s most distinguished personalities – have joined forces to celebrate successful moments in the history of Paris.

Speaking at a press conference in Rosebank, the trio announced they have partnered with the luxury French cognac brand Courvoisier – and boldly mentioned a few perks of this partnership, including the opportunity for two Touch central listeners to visit the Courvoisier Château in Paris, France, according to media mogul Tbo Touch.

Touch spoke of the reason he joined forces with the cognac. “I am making a leap from average to excellence, and Courvoisier is a brand that recognises that in people. It’s nothing new to me as I have done this with my wine and I am looking forward to doing it with this brand.”

For Touch this opportunity brings fond memories of having rebranded himself as a premium-league winemaker, as well as the inspiration behind Touch HD, sparked over a glass of cognac with business partner Gareth Cliff.

“I was at a party at Carolyn Steyn’s house and Gareth happened to be there. He had never had cognac. I told him to try it.

“We found a mutual interest and it happened to be the love for digital radio. I never underestimate the power of thought which could emerge after a glass of cognac. Drinks like these inspire thoughts of aspiration.”

For Africa Fashion international week designer Tlale, the journey between him and the brand was meant to happen, having been introduced to both the brand and Paris in 2007. Ten years down the line he is proud to join a brand which personifies luxury.

Tlale hinted at a big announcement about his fashion label and cognac, but didn’t go into detail.

When asked about who the Courvoisier drinker resembles, the fashion house designer said: “The cognac guy is a guy who can afford it and does not need his friends to split the price. He is a man with a sense of style (style being an acquired taste). He is set apart from the rest.”

This recipe has made it the drink of choice at the launch of the Eiffel Tower, one of the most fundamental events to take place during Paris’ Golden Age after which it was recognised as one of the premium accompaniments to any triumphant toast and celebration ever since.

It has become a favourite of the royal courts while also being the toast of choice among the lumiere – or the enlightened ones – from Thomas Edison and Van Gogh to Henry James in the Golden Age of Paris.