‘I am not at war Grootman’ – DJ Maphorisa takes on Kwesta

Produced by DJ Maphorisa, 'Ngud' was one of the hottest South African songs of 2016. 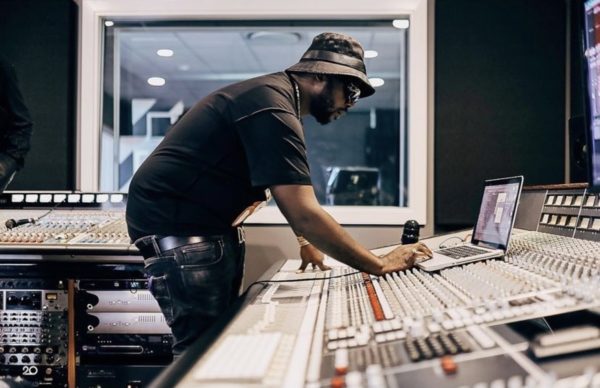 South African producer DJ Maphorisa has taken to Instagram to express his frustrations at not getting enough recognition and acknowledgement for his contribution to Kwesta’s hit single, Ngud, featuring Cassper Nyovest.

Ngud was one of the hottest South African hip hop songs of2016, pushing Kwesta’s recognition as a hip hop artist. Kwesta bagged five nominations the following year at the South African Music Awards, for best album of the year, best male artist of the year,  best rap album, collaboration of the year and record of the year.

DJ Maphorisa recently went live on his Instagram page to address issues he had with Kwesta and Ngud. On the live feed the producer spoke about how Ngud was created and how the song became a huge hit, changing Kwesta’s life along the way.

The producer said he felt Kwesta should have acknowledged the impact he had made on his life for his contributions to Ngud and he should have thanked him with a noticeable amount of money in appreciation.

Maphorisa then went onto Twitter to make it clear he was not coming from a place of hate and that his live feed was not intended to come off as malicious.

After watching the live feed, Kwesta addressed DJ Maphorisa’s claims with a post on his Twitter page.

Leroy handled the finances, Nota was the music executive and I, as Kwesta, was the catalyst to source funds through performances, endorsements etc

Cassper Nyovest splurges on a R1.5 million birthday gift for himself
4 hours ago
4 hours ago

Cassper Nyovest splurges on a R1.5 million birthday gift for himself
4 hours ago
4 hours ago