This young entrepreneur, swimmer, law graduate and company director is no rags to riches story. 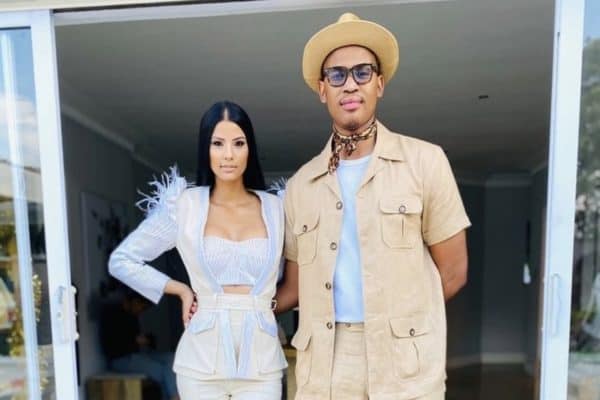 Mzansi has been jumping for joy ever since former Miss South Africa Tamaryn Green announced that her fianceé Ze Nxumalo had paid lobola for her, and the lobola negotiations were done and dusted, but what exactly do we know about Tamaryn’s husband?

Zesimdumise Ndwandwe Nxumalo was born in northern Johannesburg and spent most of his time in Durban, KwaZulu-Natal. The businessman does not have a rags to riches story, as he grew up going to private schools, took up swimming, represented the country and received provincial colours for water polo.

The 27-year-old studied at the University of Witswatersrand where he obtained a bachelor of law degree after matriculating from Kearsney College in 2010.

“Most people I look up to studied law: Nelson Mandela, Patrice Motsepe, even our current president, Cyril Ramaphosa,” Ze said in an interview with City Press.

According to City Press, Nxumalo was encouraged by his friend, Chad Le Clos, to return to swimming after he had stopped in matric to focus on his academic studies.

“I used to swim with him. We swam for the same swimming club and he convinced me to come back,” said the young athlete in the interview.

Known as a serial entrepreneur, Nxumalo has made great strides in his career. In 2014 he began his entrepreneurial journey when Uber first launched in South Africa by borrowing money from his father to invest in Uber. His first Uber investment became a success, resulting in the entrepreneur owning a fleet of Uber cars.

He is the founder of ZIG Holdings, a youth investment holding company which was founded in 2015. ZIG Holdings soon became the enterprise development partner to EOH, a Johannesburg Stock Exchange listed entity, where he advised and consulted for the whole group.

The young entrepreneur is the executive director and youth empowerment partner of Richmark Holdings.

Nxumalo and Green had their umembeso in Paarl in the Western Cape on the weekend of 9 October 2021.

An umembeso is a Zulu traditional ceremony that forms part of the lobola negotiations where the groom gives gifts to the bride’s parents and family before the wedding.