Childbirth does not only change a woman's body negatively but brings positive change for others. 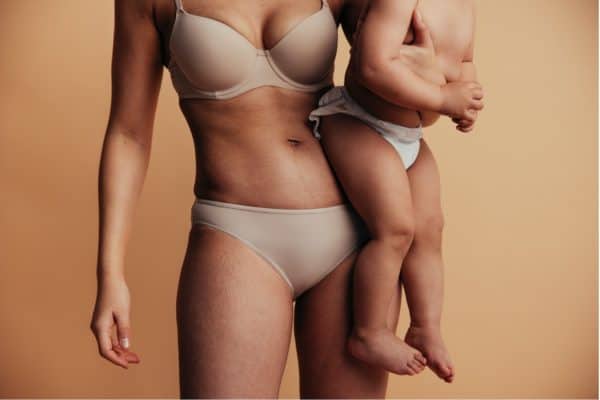 Some women love the changes that take place on their bodies after they have given birth. Image: iStock

Pregnancy and childbirth are life and body-altering experiences. A body that gave birth to a child may never look like what it did before childbirth. A lot of these changes are not great for moms, including weight that never sheds, fat on the upper pubic area, stretch marks, and even a larger foot size.

However, some women have been able to note some positive changes that happened to their bodies after they became mothers.

This is what South African moms note as the biggest positive changes to their bodies after childbirth:

A newly found appreciation for your body

Not only did you carry a human being for 9 months, but you successfully birthed them into the world, and that is empowering for mothers. Moms who never liked their bodies even before childbirth, and some who changed after birth, are appreciating how powerful their bodies are for doing such an incredible job.

While many moms struggle with their postpartum bodies, others choose to be kinder to themselves considering what a big job they just did. So, the weight and stretch marks are not a curse, but reminders of an empowering experience.

Curves in all the right places

According to the National Center for Biotechnology Information, “women won’t get close to their pre-pregnancy weight until perhaps six months after giving birth.” It takes a lot of lifestyle changes for this to happen. This includes having an exercise regimen and a balanced diet.

Some women can gain up to 16kg during pregnancy, depending on their Body Mass Index (BMI). Some prefer to keep the weight they have gained, especially their bums and hips.

While some women are prone to having smaller boobs after weaning their baby, some have a bigger bust line, and they love it. During pregnancy, hormones cause a woman’s boobs to grow bigger. Three to four days after giving birth, the boobs are ready to breastfeed and maybe perkier than they were during pregnancy.

According to Healthline, women are different and while some get saggy boobs, lose a cup size or two, some stay with perkier boobs and they are all for it.

ALSO SEE: 7 postpartum body changes no one tells you about

Relaxed uterine muscles are a big contributor to improved postpartum periods. Some women have periods that are less painful than they were before childbirth. Others may have more painful periods, and according to Cleveland Clinic, “these changes may relate to a larger uterine cavity causing more endometrium (mucous lining the uterus) to shed.”

Breastfeeding moms may also take longer to get their period back after giving birth, thus breastfeeding is sometimes referred to as a form of contraception, which is false and risky for those not looking at conceiving anytime soon.

Postpartum hair loss is a norm for many women. Hormonal changes, especially the sudden drop of hormones after giving birth, may contribute to shedding. However, some women are lucky enough to keep their full and shiny hair after giving birth, even months after.

Women who experience postpartum shedding also grow their hair back after some time, while others decide to completely cut it off and start afresh.

Nothing at all except the baby

While some women excitedly shared the positive changes they experienced after birth, some moms only noted their kids as their upside.

Other changes women listed that are credited to hormonal changes, and others that cannot be explained by doctors include:

Pregnancy complications: What you need to know about gestational diabetes
2 months ago
2 months ago

Pregnancy complications: What you need to know about gestational diabetes
2 months ago
2 months ago