Was the design for Tamaryn Green’s umembeso dress stolen? 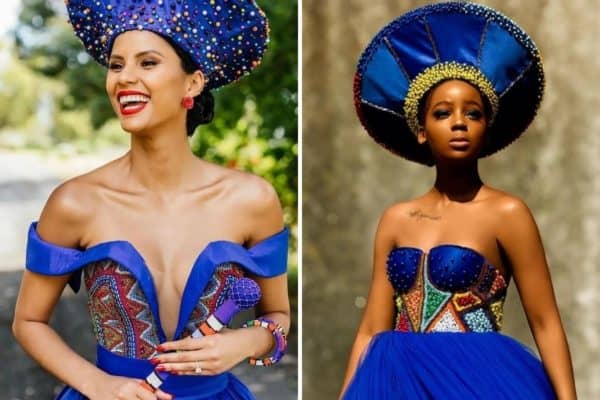 Tamaryn Green, left, wore a dress by Scalo Designer for her umembeso that Bayanda Khathini believes is similar to his 2019 design as worn by Thuso Mbedu, right. Picture: Instagram

Social media users have been debating the similarities in design between Tamaryn Green’s umembeso dress and dresses once worn by Thuso Mbedu and Pearl Thusi.

This after designer Bayanda Khathini shared screenshots of a legal letter sent to Sello Medupe of Scalo Designer for Tamaryn Green’s umembeso dress, which the former believes is similar to a 2019 design of his.

In the letter, Khatini’s legal representatives Vuyo Manisi Inc argued that he had copyright which Scalo had infringed upon with his design for the dress worn at the traditional wedding ceremony.

“What sets our client apart from his competitors is that he is able to draw from a pre-existing vocabulary of colour, style and pattern and able to piece these rudiments together in a manner that creates original works of art that is unique in nature,” began the letter.

Khathini’s lawyers then argued that it was Khatini who “designed and introduced traditional beads on white wedding gowns”.

Vuyo Manisi Inc further argues that Khathini has a right to copyright protection of which he does not need to register.

“The protection arises automatically as his work is original and is recorded in a material form. This protects the client’s work from being sold, reproduced or copied without his permission.”

The team indicated that Khathini had allegedly suffered financial harm as a result of Medupe’s actions and demanded that Medupe agree, in writing, to stop copying Khatini’s work, offer Khatini a written apology and remove any and all posts of Green’s dress from his social media pages.

The letter concludes by informing Medupe that he will face legal action that may result in his possessions being attached and auctioned in an effort to recover the monies that a court may consider due to Khathini.

Khathini deleted the post containing screenshots of the legal letter but not before social media users screenshotted it and shared it on their own pages.

At the time of writing, the Scalo Designer Instagram page still had images of Tamaryn Green’s umembeso dress published.

Social media users did not believe that Khathini had a case.

It wasn’t all bad, however, as there were a number of social media users who saw merit to Khathini’s claims.