Melissa Jefferson, known professionally as Lizzo wore the beaded garment on the day of her show’s premier 'Watch out for the big girls' 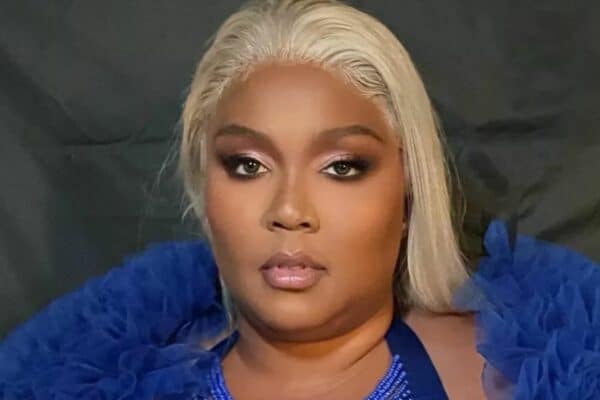 South African fashion designer Gert Johan Coetzee took to his personal instagram page to share a video of Lizzo in one of his beaded pieces.

“CAN WE GET A LITTLE COMMOTION FOR THE GLAM?” The fabulous @lizzobeeating stepped out in an all beaded Gert-Johan Coetzee garment.

Coetzee said it was an honour to work with such an iconic team, adding that the beaded skirt and top took over 2 months to construct.

Melissa Jefferson, known professionally as Lizzo wore the beaded garment on the day of her show’s premier; titled Watch out for the Big girl.

The 33-year-old is an American singer, rapper, songwriter and flutist.

Lizzo’s Watch out for the big girls is an unscripted show in search of the next big girl dancers, in preparation for the multi-platinum musician’s 2022 tour.

The reality show premiered on Friday, 25 March on Amazon Prime.

The flutist also posted a picture in honour of the Big girls reality show, captioned:

“Last night was incredible— we celebrated the premiere of WATCH OUT FOR THE BIG GRRRLS and chileeee I was crying laughing squeezing hands and hugging.Thank u so much to the incredible cast & crew. This is a DREAM”

Fashion designer Gert was congratulated by friends and colleagues including the likes of Minnie Dlamini, Toke Makinwa and many more.

The Nigerian radio personality, Toke Makinwa was recently seen in one of Johan’s gowns for the Netflix event: A Bridgerton affair, hosted by former Miss Universe 2019 Zozibini Tunzi.

Makinwa is a radio personality, television host, vlogger, lifestyle entrepreneur and author. Toke is known for hosting The Morning Drive on Rhythm 93.7 FM and for her YouTube vlog series Toke Moments.

Watch Out for The Big Girls is now Prime Video’s most watched reality show.