Daily hacks: How to transform and sculpt your face using ‘mewing’ 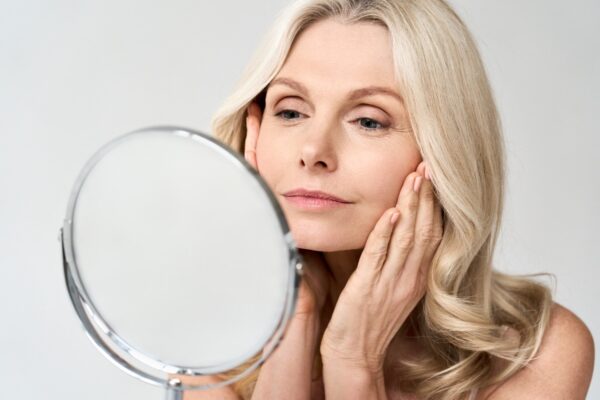 A woman using the mewing technique to transform her face. Picture: iStock

Why go under the knife when something as simple as tongue posture correction exercises can create a stronger jawline and make your double chin disappear?

Such is the promise of mewing, a technique that is far from being new, but which social networks are now bringing back to the forefront in the quest for a balanced and perfectly structured face.

Making something new out of something old is shaping up to be something of a speciality for these new social media sites!

Surgical acts and cosmetic procedures are booming on social networks, with all the risks they can involve. But users are also fond of more natural techniques to transform face and body without having to go under the knife.

And while folk remedies are particularly popular, it is now an orthodontic technique that is back in the spotlight.

ALSO READ: Daily hacks: How to prepare for a pothole conundrum this Easter Holiday

Here, the term mewing has nothing to do with the noises made by our favorite felines.

The name of this technique refers to the British orthodontist John Mew, who is said to be the creator of this tongue posture training method, before his son Mike Mew popularized it on his YouTube channel Orthotropics.

Clips multiplied at high speed on the video-hosting platform, giving rise to a real craze for this method, which was not initially intended to be touted as an anti-aging trick.

From malocclusion to reshaping the face

For years, John Mew, born in 1928, studied the causes of malocclusion — misaligned teeth — which, according to his conclusions, appears to be the result of the evolution of our lifestyles, rather than genetics.

More specifically, it is our taste for soft and cooked foods that would be responsible for a less sculpted and less toned jaw, gradually transforming the shape of the face and giving rise to numerous complaints.

All this is apparently ultimately linked to incorrect tongue posture.

The technique developed by the orthodontist in response to this phenomenon aimed to reinforce the chewing and swallowing functions to strengthen the jaw and realign the main areas of the face.

But on TikTok, it is for aesthetic purposes that users have brought this method back into the spotlight.

It is now about achieving a chiseled, strong jaw, getting rid of double chins, or reshaping your face to make it look more balanced.

And that’s not to mention those who see mewing as a miracle anti-aging remedy. On this point, we’re still trying to find out why… But, you have to admit that the before/after pictures posted by TikTokers are quite spectacular, showing real results in only a few months.

More precisely, positioning the tongue against the roof of your mouth, without touching the front teeth, and — if possible — while keeping your mouth closed.

Aim to make sure you breathe through your nose.

This exercise should ideally be performed during meals or while drinking water, at first, so that this position becomes automatic.

Just try it out, and you’ll see that the jaw does indeed have to work, but several months seem necessary to see the first results.

The technique has become a viral hit on social networks in recent months, amassing more than 300 million views to date on the Chinese social network TikTok.

Its #mewingtutorial variant already has more than 16 million views, reflecting a clear craze for the method all over the world. It remains to be seen if it (really) is effective.