Renowned for The Test Kitchen and The Pot Luck Club in Cape Town, award-winning chef Luke Dale Roberts is finally laying his roots in Johannesburg. 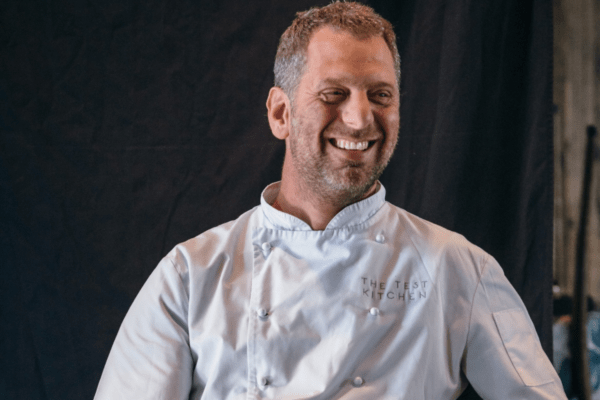 Bouncing back is what chef Luke Dale Roberts does best. The world-renowned chef has a couple of exciting new ventures that are coming to the City of Gold.

Known for leading and creating award-winning dishes at The Test Kitchen in Cape Town, which he sadly had to close after 11 years, Roberts is bringing The Shortmarket Club from Cape Town to Johannesburg.

The restaurant opened last year and struggled to take off for a number of reasons, Roberts told The Citizen.

The Shortmarket Club comes to Joburg

“It was a beautiful concept – having an outdoor grill – but with Covid-19 restrictions, I had to close it a few times,” said Roberts.

He said he saw an available space that had indoor and outdoor space at The Greenhouse in Joburg and knew he had found the right fit.

Once the opportunity came, they grabbed it with both hands and in the lead-up to packing their back bags from the Mother City, Roberts wanted the entire staff to come with them.

He says the reason for this is that he trusts the team’s skills and was quite nervous to leave that skill set and quality behind.

“Cape Town market is quite tourist-driven [but] for stability in this industry going forward, I recommended going to Joburg as it is a bit more stable.”

The team agreed and The Shortmarket Club in Johannesburg, lead by chef Tarryn Smith, will officially open in October.

Smith’s flavours are Asia-influenced and will complement the variety of succulent prime cuts of the finest meat cooked to order and beautiful seafood platters.

The chef duo have worked together for several years and Roberts has full faith in Smith to lead the The Shortmarket Club in Johannesburg.

“She is an incredibly talented chef and I have given her a lot of free rein.”

He describes Smith’s ingredients as “punchy and strong”, adding that the menu will have some classic grill items and meat platters.

Roberts plans to cook at The Shortmarket Club in Johannesburg at least once a month, for a week, and that will definitely excite patrons.

With his vast experience, the chef has noticed some differences between the Cape Town and Johannesburg food scenes.

Even though he hasn’t spent much time in Johannesburg, he noticed that diners are “hungry to go out”. They enjoy eating out because there isn’t a beach, so they don’t rely on outdoor activities.

As many establishments need to continuously adjust to the ever-changing normal, Roberts wants as many people to get vaccinated.

“So that we can full restaurants back up across the country, particularly the Garden Route that’s reliant on tourism. They are suffering so much,” he said.

The Test Kitchen’s last day will be on 30 September and Roberts will be cooking collaborative dinners with chefs from around the world in lead-up to the closing.

Asked if The Test Kitchen would ever be reopened, he said a “Test Kitchen Carbon” is a concept that he’s working on.

“It’s going to be a mix of snacks, cocktails for the people of Joburg.”

We definitely know where we are headed to next.

Eateries must show vaxx status
3 days ago
3 days ago

Eateries must show vaxx status
3 days ago
3 days ago