Meet Milka Kapata: Young entrepreneur cooking it up against all odds

The 21-year-old is gearing for success despite the continued struggles of the pandemic, lockdown and deteriorating economic circumstances. 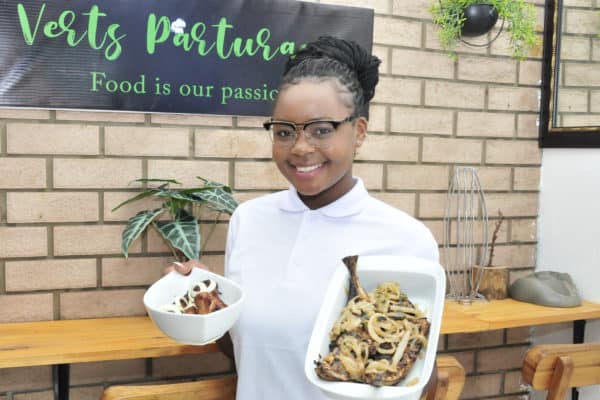 While the Covid-19 pandemic may have forced Milka Kapata to temporarily shelve pursuing her dream of studying abroad, it did not stop her from making a plan and changing the direction of her life, albeit temporarily.

The 21-year-old East Rand entrepreneur opened a small curbside eatery in a semi-industrial part of Boksburg where, for the past three months, she has seen her business grow from an idea through to ka-Ching.

In fact, trade at Verts Pâturages has been so good that Kapata plans to open several more stores over the next eighteen months.

She chose to open the store instead of joining the unemployment queue and job hunting. And as her business grows, she will become an employer.

“My mother has always been my greatest supporter and is the provider of my start-up funding,” says Kapata.

She has a passion for food and cooking, and when it came to designing a business, becoming a restaurateur was the obvious choice.

“For some reason, I’ve always found so much peace while cooking, whether it be for the family, others or myself.”

“Seeing people with smiles on their faces while eating or after eating my food makes me content.”

While the menu is stock standard roadside convenience food fare, the diner’s attraction lies in its daily specials drawn from her Democratic Republic of Congo roots.

Here you can taste a cassava, fish and spinach combo called Pondu.

“It’s a delicacy with some green vegetables and palm oil, served with rice and of course, fish and cassava.” says Kapata.

She says a Ma Dindo is grilled turkey with powdered chilli and raw onions. Kwanga, a type of fermented bread made from cassava. A Thompson is a grilled fish favourite on the special’s menu.

“In the DRC we love spicy food,” says Kapata, “and even if the dish itself isn’t too spicy, there’s always a good measure of pili-pili or chilli, on the side”.

“Cassava, fufu (dough-like food made from cassava), rice, plantain and potatoes are generally the staple foods eaten with other side dishes,” says Kapata.

For dessert, try a Puff Puff or Mikate. It’s like a doughnut and popular as a traditional snack across Nigeria, Sierra Leone, the DRC, Cameroon and in parts of Ghana.

It’s not too sweet, and with Mango sauce Mikate is irresistible. Kapata spends all day cooking and serving customers, building relationships and planning growth.

She is super proud of what she has achieved and this energetic and focused 21-year-old is gearing for success against all odds as many businesses and entrepreneurs continue to struggle in the face of the pandemic, lockdown and deteriorating economic circumstances. 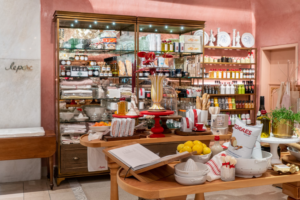 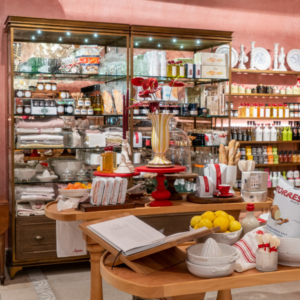 A French affair: Le Parc by tashas is a hot new Joburg favourite
18 hours ago
18 hours ago

A French affair: Le Parc by tashas is a hot new Joburg favourite
18 hours ago
18 hours ago