The Eat Well report found that of the respondents who said they don't drink water, 28% claimed they don't have the time to do so. 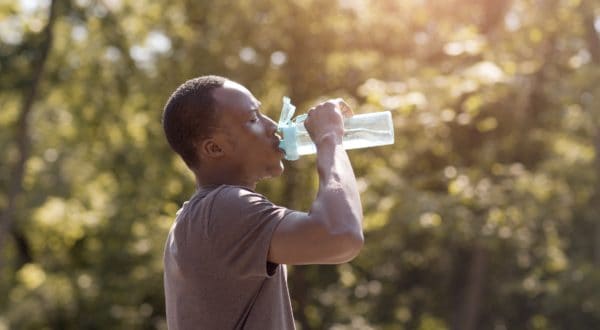 A report has uncovered some alarming findings about the state of nutrition in South Africa – we not moving enough and not drinking enough water.

The annual report, The State of Nutrition in South Africa 2021, was released earlier this week and found that parents are also sceptical about their children’s understanding of what foods are healthy.

The report, conducted by the Tiger Brands’ Eat Well Live Well Institute, looked at South Africans dietary choices, eating behaviours and lifestyles. It assessed how we eat, when we eat, our exercise routines, and how these are guided by food nutrition labels, gaps in nutrition knowledge and food security.

The survey was conducted online and used respondents that fell under the living standard measure (LSM) and were over 18 years old.

Key findings in the state of nutrition in SA

Sceptisim over kids understanding of unhealthy and healthy food

Two out of five (38%) parents believed their children can’t differentiate between unhealthy and healthy foods. The report found that children’s eating habit is mostly influenced by their parents, teachers and friends.

Thirty-two percent of parents said their spending habit on healthy food is influenced by their kids and only 16% said their child has a significant influence on purchasing unhealthy foods.

The report has focused on children nutrition. They believe it will have a lasting effect on children if they are taught earlier about nutrition, health and wellness.

ALSO READ: ‘Food was the enemy’: How a former model changed her outlook on food

“We are acutely aware that adequate nutritional nourishment from a young age, coupled with an active lifestyle, has the potential to positively impact our society and its future economic outcomes,” said Becky Opdyke, Tiger Brands chief marketing officer.

People are not drinking enough water

There are many studies that have proven the benefits of drinking water. They include better nutrient absorption, improved blood circulation, benefits to the skin and people who drink more water are more likely to avoid fast foods and sugar.

Even though people are aware of these benefits, they still don’t drink water.

With 28% of those respondents claiming that they don’t have time to do so, 19% not liking the taste, and 9% not having access to clean and safe drinking water. The preferred beverages include coffee, tea, juice and soft drinks.

A healthy lifestyle is not only centred around exercise and healthy eating, but also drinking sufficient amounts of water to incorporate into a balanced routine.

YOU MAY ALSO LIKE: How Suidooster’s Eden Classens got abs in one month

The report found that people who are drinking enough water lead healthier lives.