Could breakfast and lunch at schools reduce stunting?

Stunting – a condition in which children are shorter than the recommended height for their age – is a key indicator of long-term malnutrition.

Stunting – a condition in which children are shorter than the recommended height for their age – is a key indicator of long-term malnutrition. It has severe effects on a child’s cognitive growth and development.

South Africa continues to have a high prevalence of stunting. This is despite the fact that it’s a middle income country, which should put it on a par with countries like Brazil, which has a stunting prevalence rate of just 7%. In South Africa nearly a fifth of children under the age of 14 are stunted, showing persistently high levels of food insecurity in households.

The traditional dominant thinking about stunting suggests that it’s an issue set in early childhood and that after the age of two there is limited opportunity to correct it. But research has started to disrupt this conventional wisdom, suggesting that there are opportunities to “catch up” in middle childhood – that is around the age of 7 years – and later again in puberty.

Our research builds on this new thinking. It suggests that the physical effects of stunting can be reduced up until the age of 14 and that there is an association between lower stunting levels and serving children a combination of a breakfast and lunch meals at school.

Our findings are only preliminary and require further verification in different settings. But our study lays the ground for a possible solution to consistently high rates of stunting among children in South Africa.

A meal on arrival

All children attending 60% of the poorest schools in South Africa receive a lunch meal as part of the National School Nutrition Programme. The meal consists of a protein, starch and vegetables.

Schools in South Africa are classified into five quintiles (categories): quintile one and two schools are the poorest while quintile five are the wealthiest. The nutrition programme targets schools in quintiles one to three.

Children at some quintile one and two schools are also being given breakfast when they arrive at school through partnerships that the education department enters into with corporates and foundations.

Our study assessed the effects of children between the ages of six and 14 receiving a combination of breakfast and lunch against those who only received lunch. We looked at 39 schools. At eight of them, children received breakfast and lunch while at the other 31 they only got lunch. The schools were in the Lady Frere district of the Eastern Cape, the country’s poorest province. Lady Frere is a largely rural area.

We measured the childrens’ height and weight and found that the stunting rate among children who received lunch was 14%. This compared with a rate of 19% for the province. The lower stunting rate could be explained by the age range of the children in our study. While the provincial average is for children from the age of 0 to 15 our sample does not include pre-school children who are more vulnerable to stunting. Stunting rates in Lady Frere may also be lower than in other parts of the Eastern Cape.

But more significantly, among the pupils who received two meals the stunting rates was even lower – at 9%. This is despite these children being from arguably poorer households. Similar results were found in the urban leg of the study.

Our findings counteract conventional wisdom about stunting but they are not without precedent. Research in Brazil, Guatemala, India, Philippines, and the Gambia show that there are opportunities for height-for-age catch up after the first 1000 days of a child’s life.

Our findings suggests that for our sample of children between the ages of six and 14, there are opportunities for catch up and that there is an association between providing an additional meal at school and lower stunting rates, although this does not mean that the programmes cause these effects.

But we believe our findings need to be subjected to further assessment. This is because the study was not designed to assess impact and there could therefore be other possible reasons for the reduction in stunting seen in Lady Frere. We also do not know whether the physical effects observed in our study would also result in positive cognitive effects, although some research suggests it would not.

The National School Nutrition Programme is one of three initiatives by the South African government to address malnutrition in children. The other two are child support grants as well as the Integrated Food Security and Nutrition Programme – a process aimed at ensuring an integrated approach across agriculture, social development, education and health to ensuring delivery of food security programmes.

These programmes amount to massive state investments in alleviating the effects of childhood poverty. But the consistently high stunting levels suggest that they aren’t enough to address the effects of household food insecurity.

Our findings echo international research which shows that stunting can be shifted in middle childhood and puberty. This suggests that a great deal might be gained from providing children with two meals at school, although further research is required. Nevertheless it does show that there is potential for South Africa to disrupt the high stunting levels its school children face. 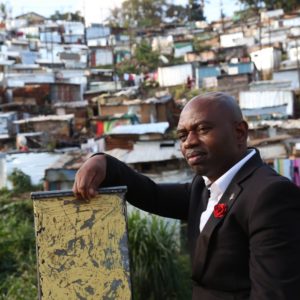 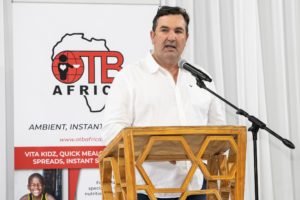 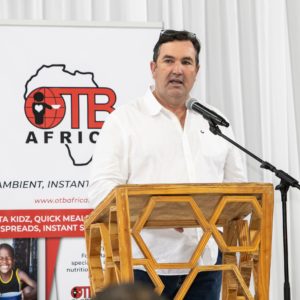 Meet Mark Maingard, the man trying to end hunger in SA
1 month ago
1 month ago

Meet Mark Maingard, the man trying to end hunger in SA
1 month ago
1 month ago