How to take care of your roses this season

Finger-prune hybrid tea roses to flower for longer. This is done in early September, just before the new shoots form flower buds. 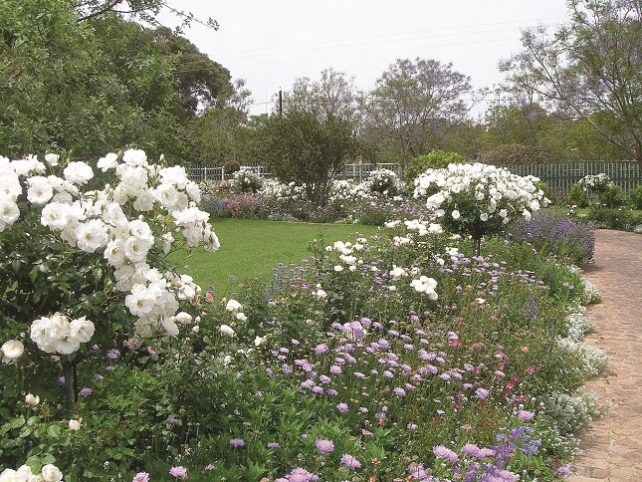 After months of dormancy, the roses have woken up and are growing at a pace, setting buds and bursting with health.

This is their main growing season and by nurturing them now, with enough water and fertiliser, seeing to pest control and finger pruning, you will lay the foundation for a fantastic rose season.

Water deeply and often because the roses are growing so fast that their uptake of water is massive.

How much? While this depends on the temperature and the soil type, our recommendation is deep watering (40 minutes) two to three times a week.

Top up with fertiliser because the rapid growth also takes up nutrients and roses need a good balance, with a high proportion of potassium, to flower well.

Fertilise towards the middle of September with 30g Vigorosa for hybrid teas, floribunda and bush roses, and double that amount for Panarosa, Spire and Climbing Roses.

If the controlled release fertiliser Vigo-Longer was worked into the soil after pruning, there is no need to fertilise, however the added “sweetener” of Vigorosa will give them an extra kick.

Safeguard blooms against thrips as this has become the biggest “spoiler” of rose blooms and new growth.

These tiny insects suck the moisture out of the new shoots and buds, leaving them deformed and small. The best protection against thrips is the long-lasting systemic Koinor that is applied as a drench to each rose bush. The roses will be protected for up to six months.

Finger-prune hybrid tea roses to flower for longer. This simply involves pinching off the tips of a third of the new shoots with your fingers. This is done in early September, just before the new shoots form flower buds.

Select new shoots that might be too close and in competition with each other and pinch out the tip of one of them. Also, pinch out those that look weak or are growing to the inside of the bush. Any number of shoots can be pinched but the general rule is that it should be a third of the new shoots.

The newly pinched stems will flower about two weeks after the stems that were not finger pruned. This breaks the flowering cycle for the rest of the season and there should not be a day without at least one bloom on the bush.

Finger-pruning is not needed for climbers, Colourscape varieties, Icebergs and most of the floribundas.

Revisit your pruning. It is now very clear where new sprouting is taking place and where stems are too close together.

Bring your questions, pick up rose-growing tips and just enjoy being surrounded by roses. My demos are free, no need to book.