Be patient with your baby’s milestones

We have late bloomers and daredevils, but the trick is never to compare. Understand that kids develop at a different pace, and just try to enjoy your time with your child as he or she develops.

Raising a child can take an emotional toll on any mother, especially if you are like me and are a mother who is hands on and fully involved in raising the child.

Although these can be thought of as good qualities to have, mothers like myself tend to stress too much because milestones are often a source of stress for new moms, precisely because this will be their first experience of raising a child.

Rather than simply enjoying the magnificent journey of their child’s growth, such mothers get caught up in worrying about why their child hasn’t flashed a smile at eight weeks or why the baby isn’t wild about wrapping their little arms around mommy and giving her a hug at five months.

We truly need to relax a bit; to move away from the research we do on our computers and free our minds from going down all sorts of scary paths because we feel our little ones are not quite hitting the mark with their milestones.

Besides, normal is actually a broad parameter. Yes, according to the so-called milestone chart, a child is expected to be smiling at eight weeks, as this is a baby’s first social skill. Believe it not, he or she is picking up on how relationships work, hence indicating to you that they can differentiate between different emotional states.

At six months, playing peeka-boo is usually a thing for kids. Don’t ask me, I’m not sure what it is about this game that is thrilling for the baby, despite the countless times they play it.

However, I have read that a baby understands the concept of object permanence and despite the fact that they can’t see your face, it’s still there behind your hands, so they get a kick from understanding that at any moment your smiling face will pop back into sight.

Monotonous as this might be for you as parent, little ones crack up when playing this so make it fun and change your voice a few times when hiding your face. While the milestone chart can
be used to guide parents on what to look up to when it comes to the development of their children the chart can easily be a stress trigger if you happen to have a child that is a late bloomer.

The trick here is to not compare your child to others or use the chart as the be all and end all of development goals. There is no suggestion that insignificant differences in the accomplishments of milestones have any association to later capabilities, so just because your cousin’s little daredevil sat at eight months, well in line with the milestone chat, doesn’t mean your child is less progressive.

Once your baby has sufficient steadiness, they too will be able to sit up. At first encourage your baby to sit properly, offer them support with pillows and make them comfy, put their favourite toy in front of them, then later move it from side to side to motivate them to reach for the toy, training them to depend only on their upper body and legs for balance.

Worry not, they will master this and will be sitting without assistance in no time. Late language development is regarded the most popular delay. This according to experts is because communicating is very complex, and needs understanding as well as speaking, and these abilities advance in different ways.

Understanding has to occur first, and speaking afterwards. If your little one is able to point to his mouth when you ask them to, that’s a signal that their skills are growing and they understand what you mean. So try looking at the bigger picture here, and enjoy some of the little things your child can do.

Parents tend to want to rush their children’s development and end up doing things for them or speaking for them. My cousin’s little girl was two years old and could only still say just a few words. This is because the rest of the family hardly spoke to the little girl, and if they wanted to know what she wanted, they would guess it and allow her to just shake her head in response.

Although this made communicating with her quicker, it did nothing for her speech development, until everyone allowed her to say what it was she wanted or was thinking. With my little girl, I learnt that personality plays a huge role in talking. It’s a natural strength that goes a long way in determining a lot of things, talking being one of them.

However if your child is not much of a talker, try reciting nursery rhymes and encourage them to mimic the sounds that you make. Books are also a good way to start the conversation. Pick  an interesting book and point at and name a picture, and ask your child to do the same thing. This might just do the trick. It takes time though, so patience is vital. While some children walk by their first birthday, others walk at eight months and, like my daughter, others walk at 10 months, with their peers walking at 18 months.

Despite the huge differences, there are reasons why a child may walk late or early. it can be hereditary. If one of the parents walked late, there is a possibility that the child might too. Weight, I’ve been told, also plays a role. So before thinking that there might be something wrong with the child, try to look at all the other influential factors for the delayed milestone, and perhaps bring your concerns to the pediatrician to ease your anxiety.

At times babies who are big walk later because they have extra weight to support, and building up strength takes time. Children with older siblings often reach milestones faster, as watching their siblings able to move around and express themselves pushes them to try and keep up. However, this can also bring some negativity if the older sibling hardly allows them to do things on their own. Sweet as it may seem, it’s advisable to tell the older sibling to let the younger one do things themselves, or play go-between and tell the older sibling not to push the younger one too hard when it comes to doing things they are not yet fully able to do.

Try not to worry yourself too much about what your friends have to say about your child’s delayed development. Understand that kids develop at a different pace, and just try to enjoy your time with your child as he or she develops. 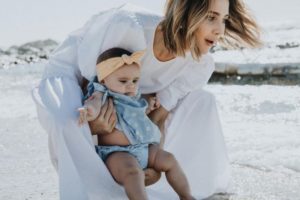 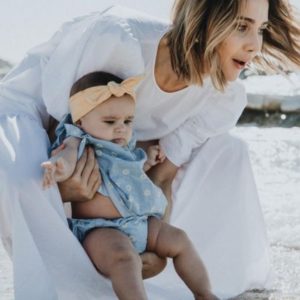