Spec is unchanged from the standard Expression model, bar the removal of the rear seats. 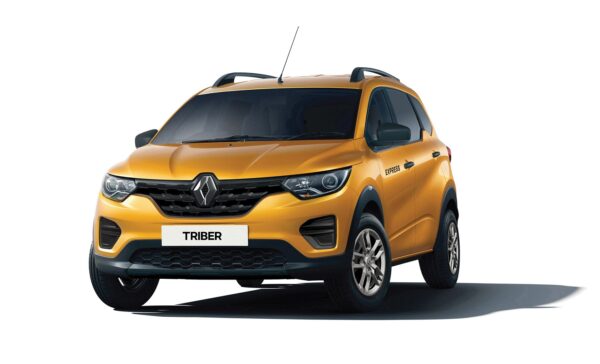 Express uses the entry-level Expression as a base.

Having introduced a series of small tweaks to the range last year, Renault has announced pricing for a new derivative to the Triber range, the Express panel van.

The likely replacement for the Kangoo Express, which in its third generation guise is unlikely to come to South Africa just yet, the Triber Express uses the entry-level Expression as a base, but loses the second and third row seating for a flat loading area Renault claims can take up to 1 500-litres.

Able to carry 542 kg, the other major difference includes a steel partition between the cabin and loading area, tie-down hooks on the floor and steel bars in the front of the rear windows.

Up front, the Triber Express derives motivation from the same 1.0-litre three-cylinder petrol engine as its sibling, the Kiger and indeed the model on which it is based, the Kwid, with outputs of 52kW/93Nm.

Drive is again routed to the front wheels through a five-speed manual gearbox with Renault claiming a combined fuel consumption of 5.5 L/100 km.