The smooth and silent experience that comes with driving an electric vehicle (EV) is quite contrary to the progress South Africa has made in effectively implementing appropriate infrastructure to support vehicle sales.

Two of the country’s competing EV manufacturers, BMW and Nissan, signed a memorandum of agreement in 2014, which saw them essentially join forces to build a national grid of EV and Plug-in Hybrid Electric Vehicle (PHEV) charging stations for use by both Nissan and BMW vehicles. The deal, however, never came to the fore.

According to BMWi product manager Alan Boyd, there are just over 100 BMWi charge points, the majority of which can be found in mega city locations. This has resulted in positive sales of the BMWi since the arrival of the i3 and i8 in 2015. Collectively, around 420 BMWi vehicles are being driven on South African roads, with the BMW i8 leading sales.

Nissan, with only seven charging points available at select dealerships in Gauteng, has suffered. To date 90 Nissan Leafs, which were brought to SA in 2013, have been sold.

According to Nissan Melrose sales executive Arthur Coetzee, exports of the Nissan Leaf from Japan came to a grinding halt early this year after sales dropped. Only one is left for purchase at the Hatfield dealership in Pretoria.

Coetzee attributes the slowdown in sales to a lack of infrastructure such as universal charging points. “In 2014, they [the South African government] were supposed to have the infrastructure for chargers in South Africa – especially in the Johannesburg area; at shopping centres [or] at filling stations, which never happened.”

“If electric cars were big in South Africa, it would be a big problem, because [charging sockets] is something that you standardise,” he said.

“Something needs to happen so that manufacturers can agree to start exporting the cars [to South Africa] again,” he added.

South Africa’s central power supplier, Eskom, told Moneyweb in an emailed response that it is currently investigating its role in developing the eMobility market for the EV.

Eskom said they are exploring a multitude of business models and entering into partnerships with eMobility stakeholders and government to work on cost-efficient and beneficial models for EVs in South Africa.

Eskom’s investigations include infrastructure readiness for uptake of the EV, charging infrastructure designs and deployment, ways to improve on optimal charging periods and reduce the increased peak demand periods, and the macro-economic impact studies, and just the overall readiness and upgrading of the EV.

“Timelines for full scale entry into the eMobility market will be dependent on the approval of the finalised business case, government support and subsequent governance and funding approvals,” Eskom’s media desk said.

One of the barriers Eskom lists in its response is that the import tax of about 40% renders EVs a luxury mode of transportation and unaffordable to the average middle or lower income earner.

The BMWi PHEV sits at R606 800, and the Nissan Leaf retails for around R474 900. While this may seem expensive,  manufacturers say that maintenance of the car is far more affordable compared to that of a diesel or petrol vehicle.

Despite challenges, Eskom anticipates the rollout of some charging infrastructure within the next 18 months on a demonstration basis.

Charging points for both cars differ, but options remain the same. The BMWi can be charged from an AC, public charger at no cost, which would take about three hours to charge from 0-80% and a DC fast charger that takes about 30 minutes.

For personal convenience, a BMW wallbox can be installed in the home for about R25 000 or an AC occasional cable can be plugged into a domestic socket, which takes 8 hours until fully charged.

According to Boyd, an EV user would be spending less than R40 per charge, and service for the car takes place after 24 months.

For Leaf drivers, two charging systems are available, a quick charging system, at a charging point at selected dealerships, which works off 340 volts and fully charges a battery in 30 minutes or the recommended 220 volt portable or slow charger, which takes seven hours. Installation cost of the home charger is R45 000 and the portable charger is R12 000. According to Coetzee a Leaf driver would be spending around R16.80 per charge and a payable car service of R1 500 after 15 000km.

While the electric car is cost efficient (in the long term), boasts smart features and emulates the future, it appears as if South Africa is not quite ready.

Volkswagen electric cars meant for ‘millions, not millionaires’
8 hours ago
8 hours ago
PREMIUM! 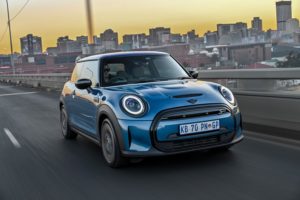 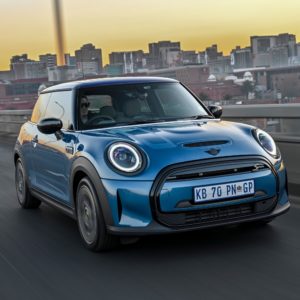 WHAT SHE SAID: Electric Mini Cooper is shockingly addictive
2 weeks ago
2 weeks ago
PREMIUM! 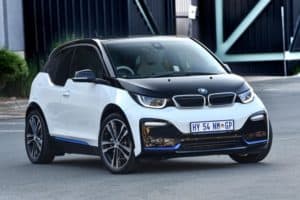 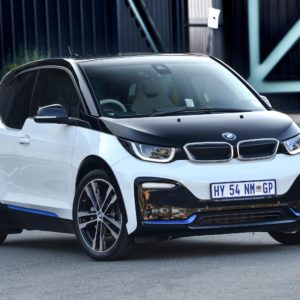 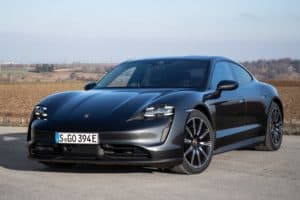 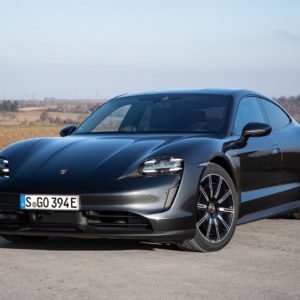 Volkswagen electric cars meant for ‘millions, not millionaires’
8 hours ago
8 hours ago
PREMIUM!

WHAT SHE SAID: Electric Mini Cooper is shockingly addictive
2 weeks ago
2 weeks ago
PREMIUM!