What to expect: South Africa bound Kia Seltos debuts Down Under 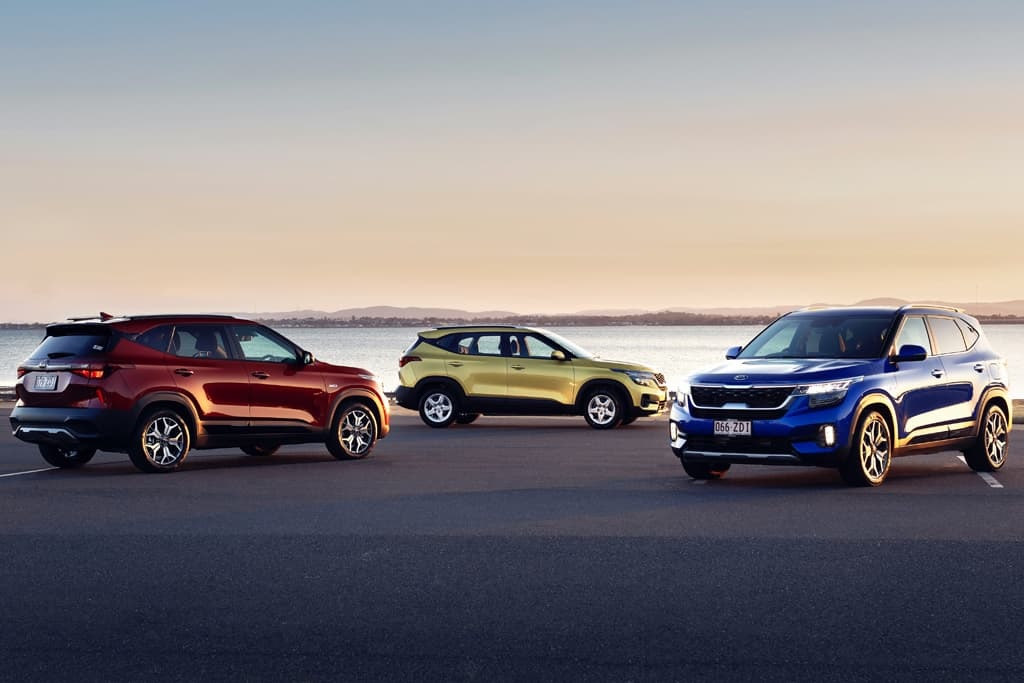 Kia Australia has provided a glimpse of what South Africans can expect by announcing spec details for the new Seltos arriving on local shores next year.

Unveiled back in June with local models set to be sourced from the Andhra Pradesh plant in India as opposed to the Aussie market models that are made at the Gwangju in South Korea, the Seltos arrives Down Under with a choice of three trim levels and two petrol engines only.

Filling the position left vacant by the Stonic that is offered only in Europe, the Seltos range kicks-off with the S whose list of features include cruise control, 16-inch steel wheels, an eight-inch touchscreen infotainment system with Apple CarPlay and Android Auto, a six-speaker sound system, auto on/off headlights with halogen daytime running lights and cloth seats. 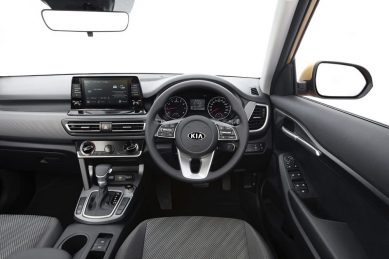 Moving one up, the Sport swaps the steelies for 17-inch alloys and also adds the 10.25-inch touchscreen display with integrated satellite navigation, a leather wrapped steering wheel and gear lever, folding electric mirrors, a full-size spare wheel and single-zone climate control with the Safety Pack again being optional.

Sitting in the middle of the range is the Sport+ that comes with the Safety Pack as standard, as well as Blind Spot Detection, front parking sensors, Rear Cross Traffic Alert, cloth/faux leather upholstery, push-button start and keyless entry, heated mirrors, an electrochromic rear-view mirror, front armrest and interior LEDs.

Capping the range off is the GT-Line that that only comes with a bespoke bodykit, but replaces the 17-inch alloys with 18-inches wheels while also receiving full LED headlights and daytime running diodes, a seven-inch TFT instrument cluster, interior mood lighting, faux leather seats with the fronts being heated and cooled as well as electrically adjustable, an eight-speaker Bose sound system, rain sense wipers, Heads-Up Display, a wireless smartphone charger, Lane Following Assist, Safe Exit Alert, rear air vents and USB ports, plus a sunroof that is however not offered on models with the two-tone paint finish.

As mentioned, power for the Seltos will be a petrol only affair with the S, Sport and Sport+ being powered by a normally aspirated 2.0-litre four-pot that produces 110kW/180Nm, which is send to the front wheels via a CVT. Claimed consumption is 6.8 L/100 km.

Optional on the Sport+ but standard on the GT-Line is the forced induced 1.6 T-GDI motor that delivers 130kW/265Nm to all four wheels through a seven-speed dual-clutch gearbox. In this application though, the torsion beam rear suspension has been eschewed in favour of a multi-link design with rated fuel consumption of 7.6 L/100 km.

Aimed at the likes of the Ford EcoSport, Mazda CX-3, Toyota C-HR, Volkswagen T-Cross and indeed its sibling, the Hyundai Venue, expect final pricing for the Seltos to be announced closer to its model debut in 2020.