Two days after dropping another hint of the prototype Z-car out in five days’ time, Nissan has divulged more information by confirming that it’s first new Z in eleven years will indeed have a manual gearbox.

Released earlier today (10 September), the 33 second clip not only shows first gear on the six-speed manual being selected, but also the door sills with the new Z logo, alloy wheels and from the outline silhouette, the round headlights and vertical bar taillight clusters derived from the original Datsun 240Z and the immortal Z32 300ZX. 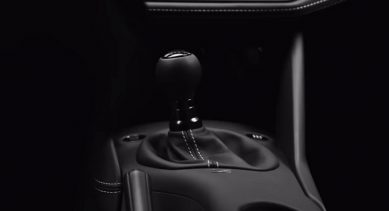 Expected to ride on the FM platform and adopt the 400Z moniker in reference to the reported 400 PS or 294 kW power output, the Z will switch back to turbocharging since the Z32 bowed out in 2000, by dropping the 370Z’s normally aspirated 3.7-litre VQ37VHR V6 for the twin-turbocharged 3.0-litre VR30DDT bent-six used in the Infiniti Q60 Red Sport. In addition to the manual, it will retain the seven-speed automatic gearbox and reportedly also the Z34 internal designation. Given the rate at which teaser hints are being dropped, expect more detailed hints to appear before the wraps are taken off on 15 September.

Revealed: South Africa’s top 10 most popular cars for under R50k
15 hours ago
15 hours ago

Revealed: South Africa’s top 10 most popular cars for under R50k
15 hours ago
15 hours ago