The facelift could well be the swansong for the E-Class Coupe and Cabriolet. 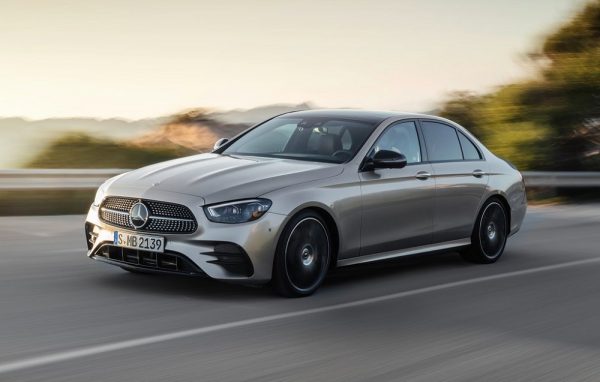 Facelifted last year, Mercedes-Benz has announced pricing for the refreshed E-Class, as well as the Coupe, Cabriolet and the AMG fettled E53 and E63 S. 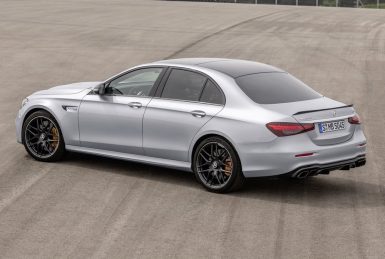 A three-pointed star staple with a reported 14 million units shifted since 1946, the internally designated W213 enters its fifth year of production, with a choice of two models, both powered by 2.0-litre four-cylinder engines minus the 48-volt mild-hybrid system available in Europe, and in sedan guise only.

Backed-up by the 9G Tronic gearbox with drive going to the rear wheels as before, the line-up commences with the E200, whose petrol engine produces 145kW/320Nm, and ends with the diesel-powered E220d rated at 143kW/400Nm. 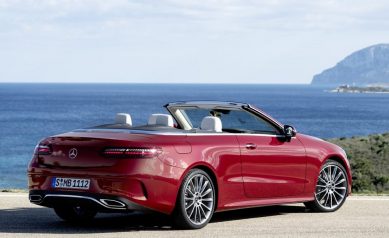 Like the sedan, the coupe and cabriolet, whose future remains unknown amid reports of both, as well as the respective C-Class, being replaced in 2023 by a model called the CLE, has had its line-up trimmed to a choice of two engines as well, but minus the turbodiesel. 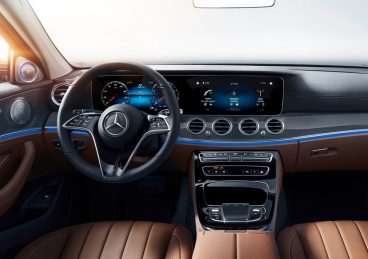 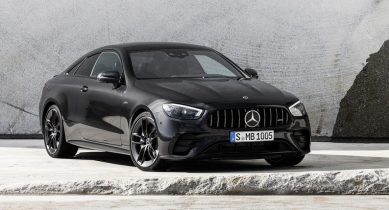 Likely to be the swansong for the 3.0-litre EQ Boost mild-hybrid straight-six in the 53 line-up, if the reports pertaining to the four-cylinder only new C-Class are anything to go by, the E53 arrives as the flagship model of the coupe and cabriolet line-ups, in addition to being the sole six-cylinder E-Class variant available locally.

Riding as standard on 19-inch five-spoke AMG light alloy wheels with five-spoke 20-inches optional, the E53 not only boasts revised front and rear facias, but also a new AMG Performance steering wheel and upgraded brakes utilising a four-piston caliper at the front and single at the rear, with the discs measuring 370 mm and 360 mm. 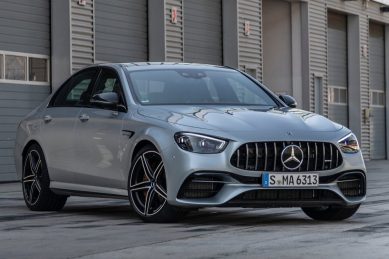 Equipped with the AMG Dynamic Select system with five modes; Slippery, Comfort, Sport, Sport+ and Individual, the straight-six produces 320kW/520Nm with the EQ Boost allowing for an additional 16kW/250Nm over short spells.

Matched to the nine-speed MCT ‘box with Benz’s 4Matic+ all-wheel-drive system sending the amount of grunt to all four corners, the E53 Coupe will get from 0-100 km/h in 4.4 seconds and the Cabriolet in 4.6 seconds, with both topping out at 250 km/h or 270 km/h with the optional AMG Driver’s Package fitted.

Sitting at the head of the E-Class range, the E63 is once again offered only as a sedan and in S guise, with its exterior and interior revisions being accompanied by a revised AMG Ride Control+ air suspension, the optional carbon ceramic brakes, different springs for the three-mode (Comfort, Sport and Sport+) AMG Adaptive Dampers, a sixth driving mode, Race, as well as a Drift function. 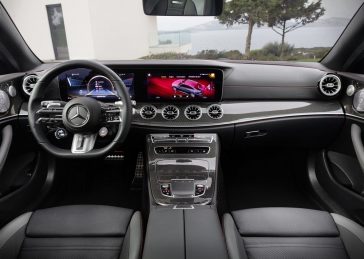 Standard across the range is a five year/100 000 km maintenance plan.