MC20 will have a sticker price of between R5.5-million and R6-million. Maserati MC20 made its debut in pre-production guise and will differ slightly from the model South Africans will be able to buy.

Its international reveal having taken place last year, Maserati officially confirmed South African availability of the all-new MC20 by showcasing the newcomer at its showroom in Bryanston, Johannesburg this past Tuesday (16 March). Rear has taillights similar to that of the GranTurismo.

Billed as representing a new beginning for the famed Italian marque, the MC20 not only replaces the aged GranTurismo, but also rates as Modena’s first all-new two-seater sports car in more than a decade. Snug interior is a new design and the test mule for the production model, still equipped with testing equipment and cameras.

Shown to the media as well as members of the public in pre-production test mule guise, still outfitted with a series of testing equipment, sensors and cameras inside, but without any disguise, the MC20 is made mostly of carbon fibre and is the work of not only Maserati, but also renowned race car manufacturer, Dallara. Claimed to weigh less than 1 500 kg, the butterfly door opening, low-slung MC20 sports visible exterior traits from other Maserati models; the front bears similarities to the MC12 hyper car and the taillights resembling not only those of the GranTurismo but from some angles, the Dodge Charger.

Boasting a carbon fibre monocoque with the material being completely exposed with the doors open, the MC20’s snug interior doesn’t skimp on features and in the case of the test mule, sported the standard 10.25-inch touchscreen infotainment system and instrument display, blue Alcantara sport seats, Alcantara and carbon fibre detailing on the steering wheel and the optional 12-speaker Sonus Faber sound system. Despite being a test mule, the sport seats are comfortable. Minimalist in design with the doors being opened by means of a button instead of a handle and the electric window switches relocated to the transmission tunnel, final spec for the MC20 has not been confirmed, but Maserati did announce projected pricing of between R5.5-million and R6-million depending on options. 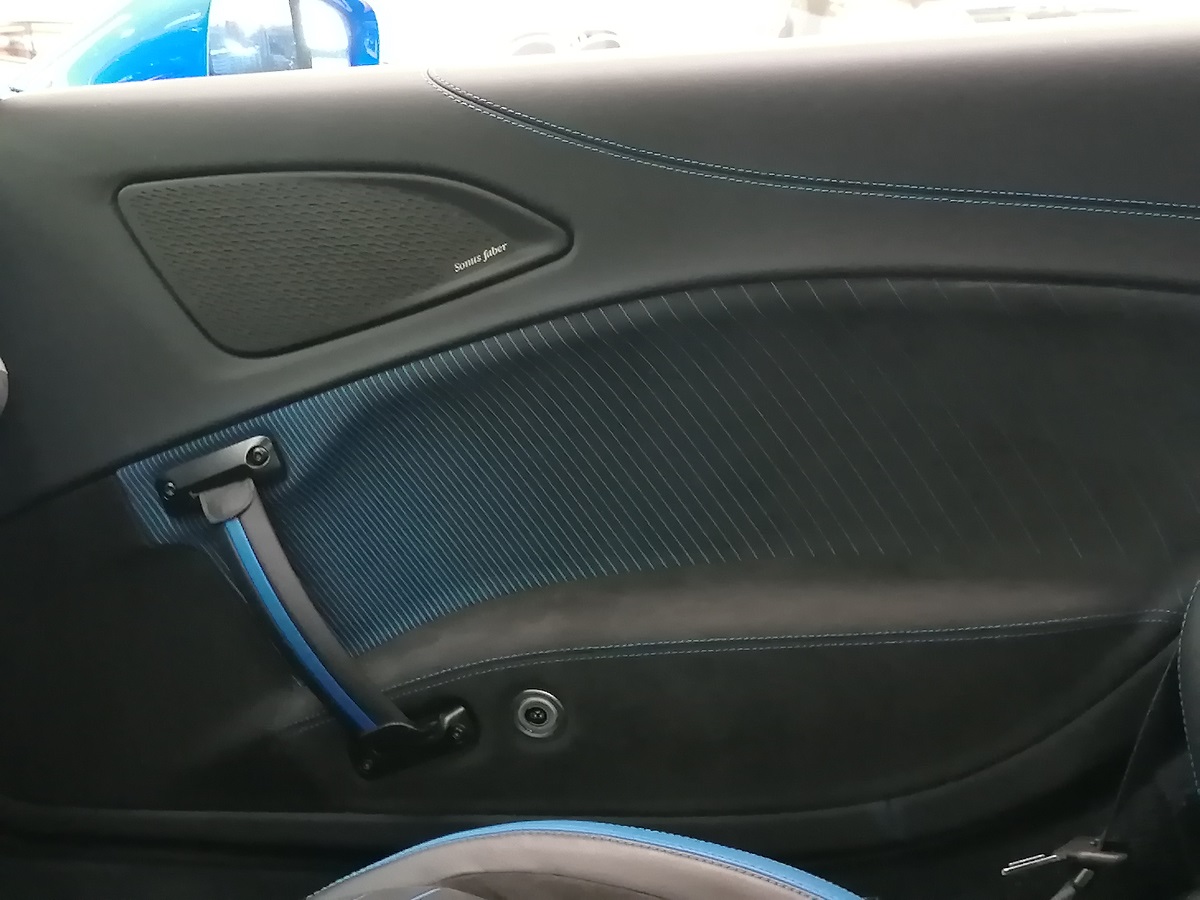 Located behind the driver’s ear is the mid-mounted 3.0 litre turbocharged Nettuno V6 build exclusively for the MC20.

Hooked to a brand-new eight-speed dual-clutch gearbox, the MC20, which comes with launch control as standard, will get from 0-100 km/h in a claimed 2.9 seconds and top out at 325 km/h. Said to get to 200 km/h from zero in 8.8 seconds, the MC20, as evident by the rotary selector, affords drivers the choice of five driving modes; everyday GT, Sport, Wet, Corsa and ESC Off that deactivates all of the driving aids. As mentioned, the MC20 will occupy the position left vacant by the GranTurismo with Maserati confirming the start of deliveries by the end of this year.