As before, the facelift Polo will once again be built at Volkswagen South Africa's plant in Uitenhage. 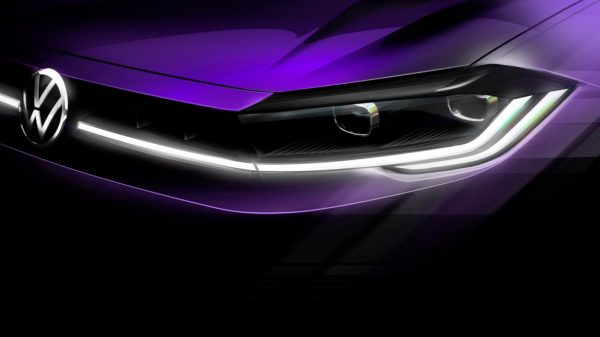 Volkswagen has released the first official teaser image of the updated Polo in purple.

Volkswagen has released the launch date and first official teaser image of the updated Polo, spied undergoing testing two months ago in Europe for the first time.

Debuting on the 22nd of this month, the provided sketch mainly shows the front headlight and integrated full-width daytime running LED, while also confirming a striking purple paint finish that will become part of the updated colour palette.

Despite revealing no other details or styling hints, the spy images leaked by several European online outlets shows the Polo brandishing the same front bumper as the Golf, a new grille and lights as well as a very lightly restyled rear facia.

Not seen at all is the interior, which could incorporate elements from the Golf while retaining the same basic design. These are likely to include a new touchscreen infotainment system with over-the-air updates, upgraded materials and more features.

Likely to be previewed within the coming months by the all-new Skoda Fabia, which uses the same MQB A0 platform that also underpins the T-Cross and Seat Ibiza, the Polo is reportedly on course to receive the eTSI range of mild-hybrid engines that bowed in the Golf, with the future of the TDI, likely whittled down to a single 1.6 in various states of tune, unknown.

A model that is set to continue, though, is the GTI revived earlier this month in Germany with more power after being withdrawn from several key European markets last year due to emissions regulations.

Despite being so close to the launch date, don’t be surprised if more teaser images are dropped in the next few days leading up to this coming Thursday.