The hybrid V12 Aventador successor will still be a proper Lamborghini. 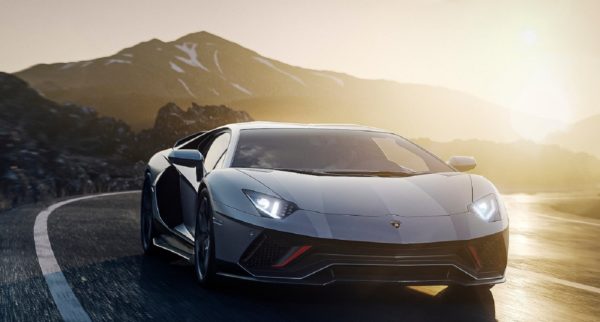 Lamborghini’s CEO has outlined the brand’s future, which will include the much-reported hybrid V12 successor to the Aventador and an all-electric model in the future.

In an exclusive interview with Britain’s Autocar, and confirming reports from last year, Stephan Winkelmann stated that the follow-up to the Aventador, out in 2023, would adopt a plug-in hybrid V12 powertrain and therefore would not feature the same supercapacitors as the Sián that sported a mild-hybrid V12.

“A supercapacitor, in our opinion, is a bridge technology which does not fulfil the needs we have for the future to reduce emissions. In 2023-2024, we will hybridise all our product lineup to reduce CO2 emissions by up to 50% by 2025. A capacitor would not be able to achieve this.” Winkelmann said.

Ruling out the possibility of synthetic fuel as a way of keeping the V12 alive in preparation for the more stringent Euro 7 emissions regulations slated to come into force in 2025, Winkelmann added that hybridisation was the key for Lamborghini, remarking that the still unnamed Aventador successor would still be a proper Raging Bull.

“All the V12 cars before the Aventador, in total, sold less than the Aventador as a stand-alone model. I’m sure the success story of the Aventador is a good starting point for the follow-up, because we have a solid customer base, enthusiastic owners who are looking forward to what is coming next, and this will be a very positive surprise.”

Commenting on the marque’s plans to introduce an all-electric model with the Urus being the alleged starting point, Winkelmann alleviated fears of a possible backlash for the model being branded as “not a Lamborghini”, saying the brand had devised two powertrain structures that would focus on hybrid power units on one side and electric on the other.

“We have to divide the brand into two types of car: for the super-sports cars like the Huracán and Aventador, we want to keep the internal combustion engines alive as long as we can, and on the daily driver side, with the Urus and the new fourth model, we have to do an outstanding job – like we have with the Urus, which on first sight is not a Lamborghini to those who are used to looking at the Huracán and Aventador,” Winkelmann said.

Keeping mum on details surrounding the mentioned fourth model rumoured in 2019 to be the long-awaited production version of the Estoque sedan, Winkelmann hinted that emphasis has not always been on supercars as past Lamborghinis had included 2+2 GTs such as the Espada and the LM002 SUV.

“We foresee a fourth model for the second half of this decade which will be the first full-electric car, and here we’re looking at a bodystyle which will not be the same as the Urus, but at least a 2+2, so a car that’s daily driven.”

At the same, Winkelmann didn’t want to be drawn on speculation about the possibility of the Huracán heading the hybrid route as well, saying “it’s a bit early to talk about it, because this will happen in 2024. In 2022, we will have two new launches, based on the Huracán and Urus, and then in 2023 and 2024 we will hybridise the complete lineup”.