SL replaces the GT Roadster and becomes the first iteration since 2001 to feature a soft-top roof.

The seventh generation SL, and the first completely new iteration since the now outgoing R231 debuted in 2012, the internally designated R232 not only serves as the replacement for the AMG GT Roadster, but for the first, will be sold exclusively in AMG guise with the initial line-up capped at two models.

New platform with a soft lid

Based on the new MSA platform made largely out of aluminium, the R232 heralds the return of a soft-top roof last used on the R129 that ended production in 2001.

A key part of the newcomer, the inclusion of the roof has resulted in a 21 kg weight drop over the R231’s hard-top, with the three-layer fabric top folding in a Z-pattern from open to close and down to up in 15 seconds at speeds up to 60 km/h.

Aesthetically, the SL sports a design similar to not only the GT, but also the S-Class with the standard fitting of the Panamericana grille, as well as sleeker LED headlights, a new take on the characteristic long SL bonnet and a rear facia that incorporates elements from the GT as well as the SLS.

As before, three exterior packages are optionally available; the AMG Chrome Package, the Night Package consisting of blacked-out trim pieces, the gloss black Night Package II and the Carbon Package.

Compared to the R231, the R232 measures 74 mm longer at 4 705 mm with its wheelbase expanding by a substantial 115 mm to 2 700 mm. In another return to past generations, the newcomer sports a 2+2 seat design with the often lamented “third” pew in the rear falling away completely.

Riding as standard on 20-inch alloy wheels with the option of upgrading to 21-inches, the SL is brand-new underneath with the platform and aluminium construction being complimented by the additional use of carbon fibre, lightweight steel and magnesium in order to conform to the Sport Leicht nomenclature.

Said to be 18% percent stiffer than the R231 with longitudinal rigidity being 40% up on that of the GT Roadster, the R232’s entire body, sans the bonnet and doors, weighs a mere 270 kg with AMG stating that nothing from the former model has been carried over.

Dynamically, the SL continues to offer the AMG Ride Control suspension, which has been redesigned in that the standard steel layout boasts aluminium shock absorbers and lightweight coil springs.

In another SL, as well as AMG first, a five-link front suspension design features at the front, along with a five-link setup at the rear. Reserved for the top-spec 63 is Active Ride Control dampers that adjusts to the various surfaces.

As further part of the SL’s weight saving, the steering knuckles and wheel hubs are also made out of aluminium, with the mentioned coil springs featuring special tuning in order to reduce weight by 0.2 kg per spring.

It does however come with a Race mode its lesser sibling can only be equipped with when specified with the optional AMG Dynamic Plus package, which comprises the mentioned differential, more rigid engine mounts, a 10 mm lower ride height and yellow AMG branded brake calipers.

Optional though are the carbon ceramic items that retain the caliper setup and disc size at the rear, with the fronts being larger at 402 mm.

Sporting improved aerodynamics thanks in part to the active rear spoiler and what AMG calls Airpanel air control made-up of a series of louvers and intakes on the body, the SL’s interior rates as a massive departure from that of its predecessor.

Hey to a new interior

Unsurprisingly, the SL’s safety and driver assistance systems have been given a complete overhaul to now include the following:

A familiar heart but more traction

While connected to a revised version of the nine-sped MCT dual-clutch gearbox that features launch control, drive is routed to all four wheels, another SL first, via the AMG optimised 4Matic+ all-wheel-drive system.

For now, the SL remains unconfirmed for South Africa, but expect a likely announcement in due course with sales set to start next year. 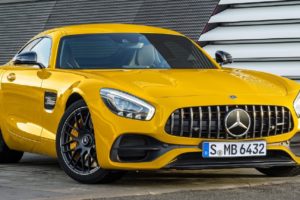 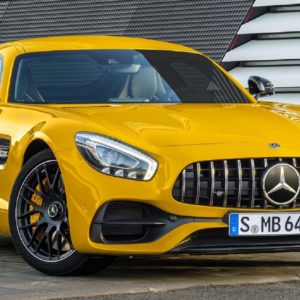 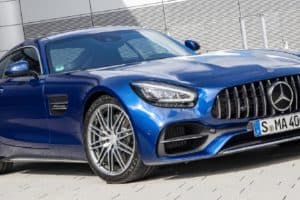 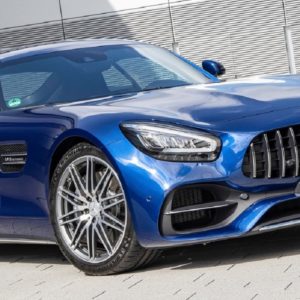 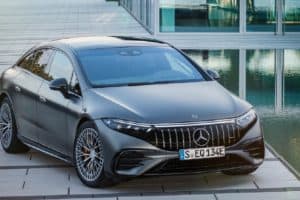 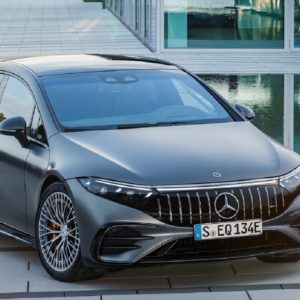