This year's South African Rally championship ended on a damp note in the Western Cape on Saturday, when severe weather interrupted the season finale Garden Route Rally around George. 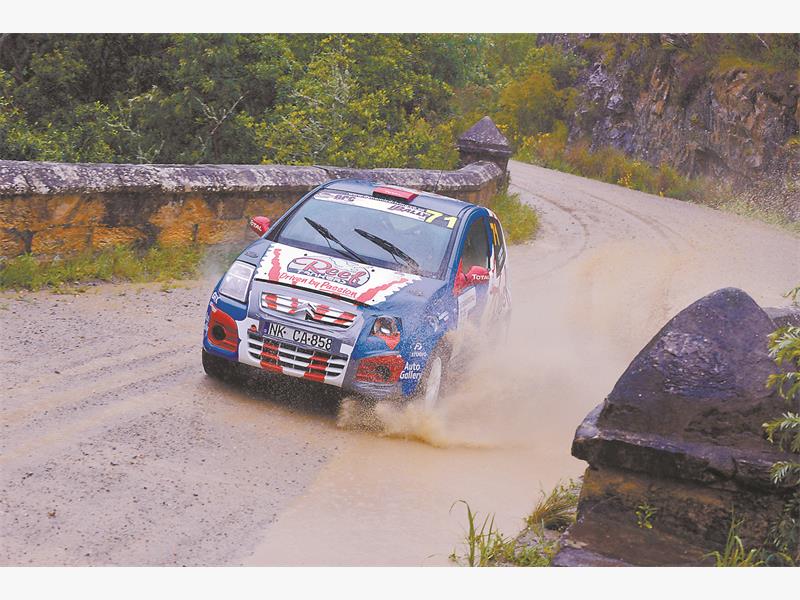 WET, WET, WET: Clint Weston and Christoff Snyders splash to the S1600 victory in the weekend's Garden Route Rally. Their win clinched this year's championship for them in the category. Picture: Dave Ledbitter.

Six of the event’s final seven stages were cancelled when heavy overnight rain made the mountain pass dirt roads impassible.

Leading the event at the time were already crowned 2013 champions Mark Cronje and Robin Houghton in their works Ford Fiesta S2000.

Second overall, 12,3sec behind, were championship runners-up Johnny Gemmell and Carolyn Swan (Castrol Toyota Yaris), followed by their Toyota team-mates Leeroy Poulter and Elvéne Coetzee, who were a further 24,9 sec in arrears in a second Yaris.

A distant fourth was the VW Sasolracing Polo of Enzo Kuun and Douglas Judd, ahead of the leading S2000 Challenge car, the Team Total Toyota Auris of Mohammed Moosa and Andre Vermeulen.

In the process, Weston and Snyders clinched the S1600 championship for the year.

The manufacturers’ championship for the year had already been wrapped up by Toyota for the 21st time.