Star biker’s KTM way off the pace ahead of MotoGP season. 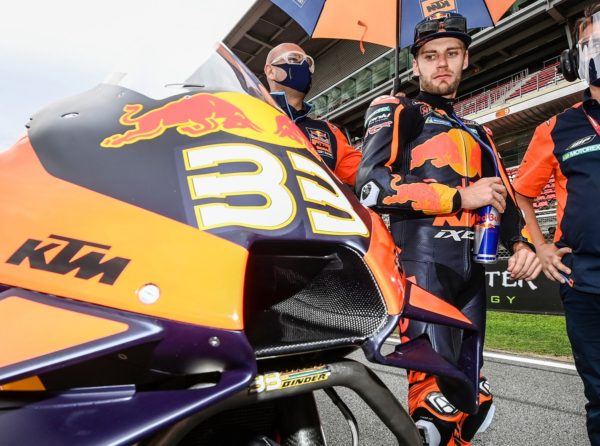 South African MotoGP racer Brad Binder is as well prepared for this year’s motorcycle Grand Prix racing season as he could possibly be.

A question mark does, however, hang over the Red Bull KTM that he will be riding. That is the wisdom of multiple former South African motorcycle racing champion and Grand Prix rider Dave Petersen.

With the 2021 MotoGP set to start in Qatar next weekend, the 25-year-old Binder is certainly race fit. He has spent the last two months in South Africa, following a strict training programme that included endless laps on a Superbike around the Red Star and Phakisa raceways, many hours of Motocross riding, plus a tough gym regime.

The KTM Red Bull and Tech3 teams racked up 35 hours of track time and hundreds of laps during the MotoGP teams’ only pre-season outing. At the end of it all, the two works riders were placed 16th and 17th on the list, 1.3sec per lap off the quickest time, set by Australian Jack Miller on a works Ducati.

“Problem is, 1.3sec is, in MotoGP terms, a massive gap – you might as well be in another country, on foot,” warns Petersen.

He pointed out that the KTM MotoGP machines are not short of power compared to those of the other teams.

“Last year KTM scored three wins and nine podium results in only their fourth season of MotoGP competition. They were as fast as anything else in a straight line and that fact should remain, since, in accordance with the championship regulations, all engine development has been frozen in 2021. 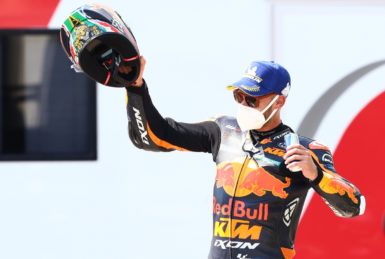 “The problem is the KTM chassis,” Petersen added. “Last year, the KTM MotoGP bikes suffered a problem with a lack of front-end feel, which meant they could only tackle race distances on hard compound tyres.

“That explains why Brad got slower as the year went on. The European winter made the use of soft tyres almost mandatory and the KTM riders could simply not benefit from the extra grip of such rubber.”

The new KTM chassis has apparently not solved that problem, especially when the Losail weather turned windy and cold. Binder suffered two light crashes during the testing, but he got into his stride on the fourth day.

“I was eventually feeling a lot more comfortable again and riding the bike like I wanted to. It was unfortunate to lose the final day of testing due to windy conditions,’’ Binder said. 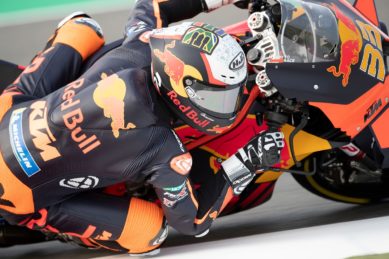 Brad Binder is confident that KTM will be competitive when the season starts next weekend. Picture: Supplied

“We did have quite a few things that we still wanted to try, but at the end of the day it’s not the end of the world. I believe things look a lot worse on paper than they are in reality, or at least what they will be like on the first race weekend.

“We have good ideas and I’m sure we’re going to get much closer to the front than we are at the moment,” he added.

Brad’s younger brother Darryn has signed for the Petronas Sprinta Racing team this season, switching from KTM to Honda power in the Moto3 category.

“That was a wise move,” said Petersen.

“The Petronas Sprinta team has massive resources, being front runners in all three MotoGP categories. In the long term, moving from Moto3 to Moto2 with such a team is the best thing Darryn could possibly do and he will certainly be in the top six with the Petronas Honda this year. “Darryn’s biggest problem is still his size – even though he is incredibly fit and has not an ounce of fat, he weighs in at about five kilograms heavier than most other Moto3 riders.”

“I believe Darryn will win many races in Moto2 when he gets there – he is so used to pushing harder than everybody else, that must be worth at least half a second a lap.”

Losail, which is situated outside Doha, will also host the Barwa Grand Prix of Qatar next weekend. It is the first of the season’s 19 confirmed races.