Durban – He may have just turned 50, but Miguel Angel Jimenez, pictured, still exudes the kind of enthusiasm found in people half his age and the Spaniard admits he's not eager to slow down. 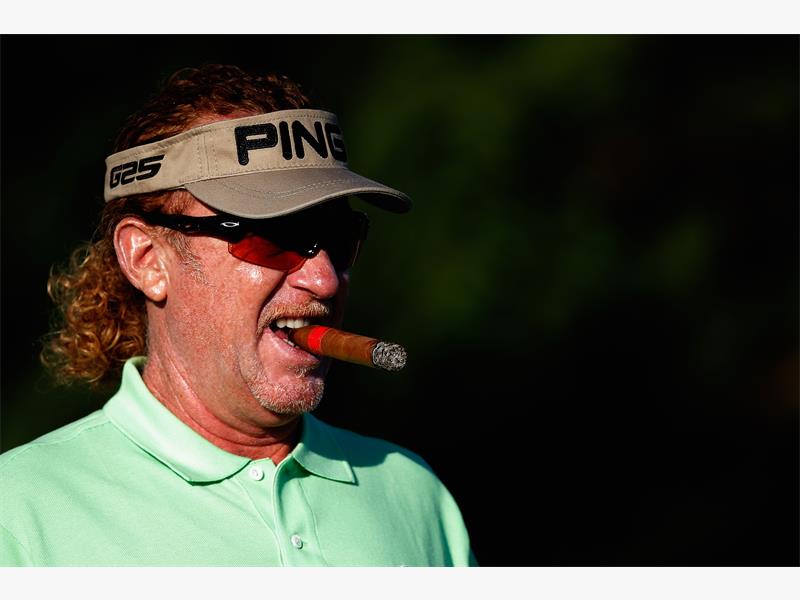 Playing in the Volvo Golf Champions at Durban Country Club this week, the 20-time European Tour winner is eager to show that he still has what it takes to keep up with the younger players.

“Win,” he proclaimed as his motivation to continue on a journey that started when he turned pro back in 1982.

“I look in the mirror and I see the same guy. He’s not changed. It’s very nice to motivate yourself and keep pushing forward,” Jimenez, known for his trademark ponytail, moustache, love of cigars and fast cars, said this week.

“To me, the motivation and why I work; why I go through the year; why I keep doing what I’m doing, it’s because I love to compete, to compete with the best and to win.

“For me just coming on the Tour to get a salary it’s better to just go home then,” he added.

“You know that you cannot win every time, but I feel like I can still be in contention and win tournaments.”

Looking ahead on the calendar and the prospect of a place in the Ryder Cup becomes a realistic probability for Jimenez. Should he play in the event it would mean he surpasses the record as the oldest player to compete at the event with the current mark held by Ted Ray, who was 50 years, two months and five days old when teeing off in the inaugural event held in 1927.

“It would mean a lot to me,” Jimenez, who bettered his own record of being the oldest player to win on the Tour with the defence of his Hong Kong Open title late last year, said.

“If I play well I believe I will be on the team. The fact that my level is there and my game is there, I will be there. If you are not playing well then you don’t want to be on the team,” Jimenez, who has been a part of five Ryder Cup teams, said.

An indication of Jimenez’ longevity is the fact that 13 of his career wins have come since he turned 40 and the Spaniard reassured golf fans that they’ll be seeing more of him in time to come.

“This ponytail and the big moustache, that’s my image. You will see it for a long time, don’t worry,” he said.