The staff of a shop on the street were tied up and threatened with knives. 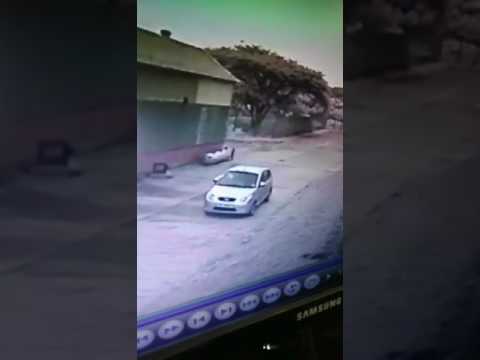 Mandeni’s Red Street in KwaZulu-Natal has had a busy week of criminal activity.

Just after 1pm on Tuesday afternoon, there was an armed robbery at Isithebe Halaal, where seven men entered the cafe, one of them carrying a gun.

According to Steve Fox from Mandeni’s Business Against Crime (BAC), the staff were tied up and threatened with knives, North Coast Courier reported.

“Cash, a cellphone and a purse were taken,” said Fox.

“The men also tried to steal a car that was outside but failed – apparently it’s one of those vehicles that only the owner can start.”

Owner of Isithebe Halaal Heidie Prumal said she was still traumatised after the event.

“I haven’t been back again for the last two days – I’m just too scared,” said Prumal.

According to Prumal about half an hour before the robbery two smartly dressed men entered the shop and asked for something to drink.

“Later, the rest of the gang showed up. One of the men walked in with a gun and pointed it right at my head.”

“Obviously, the first two men were scouting out the place for their friends.

Prumal and her staff were tied up for about an hour before they managed to get loose and alert the authorities.

“I want to thank the police as well as Ben Britz from Pneumatic Aid, who helped me after this ordeal,” Prumal said.

In another incident shortly after 5pm on Wednesday afternoon a car parked just off Red Street was broken into.

Fox said that the car’s window was smashed with a spark plug.

“The employees had left the workshop, and within minutes the car was broken into – that’s how quick this guy was.”

The thief was frightened off when the car alarm went off.