The death of Booto Guylain sent shockwaves through the mixed martial arts community last week but it may have also served as something of a wake up call. 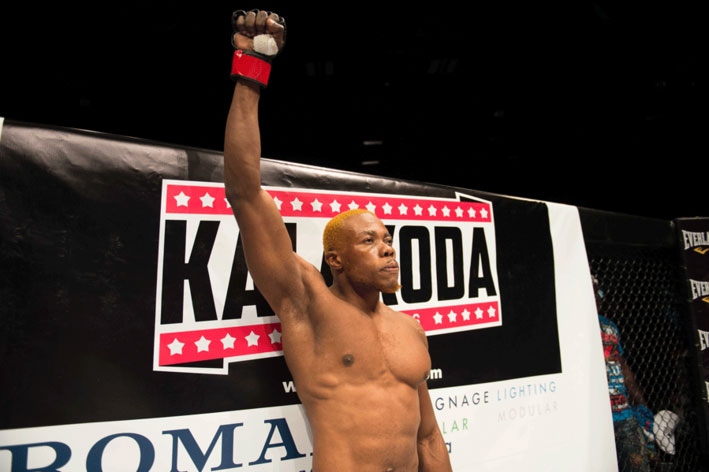 The 29-year-old passed away following a bout against newcomer Keron Davies that saw him suffer swelling and bleeding on the brain at EFC27 last month. Guylain succumbed to his injuries in hospital a few days later.

In the aftermath of the tragedy, the organisation launched a full inquest into the incident with EFC president Cairo Howarth explaining that a repeat of this incident would be devastating to the sport.

“Obviously its the biggest tragedy we’ve experienced. It’s been really hard for all of us. You don’t expect this to happen,” Howarth said yesterday.

“We’ve done an internal investigation. We reviewed the whole process from the beginning, right back to his (Guylain’s) licensing through to the final outcome. Watching the fight again, it was competitive. He was in it, it wasn’t like it was one way traffic,” Howarth said as he explained the proceedings.

“If you watched that fight and the injuries sustained you would never say that it was going to have that outcome.

“We’ve had the best referees in the country review the fight. Obviously in retrospect, you would say we should have stopped the fight earlier. It was closely contested,” Howarth added as he defended the actions of referee Bobby Karagiannidis, who came under scrutiny in the aftermath.

“He was at the inquest that we had and I think he felt a lot better afterwards. He was in control of the fight. I think it gave him piece of mind because obviously he’s put pressure on himself. In retrospect it’s easy to say that it should have been stopped much earlier,” Howarth said.

As a result of the tragedy, fighters wishing to step into the hexagon will be required to undergo MRI scans as well as pre-fight concussion testing.