It is alleged if any child comes with no proper documents, they shall be handed over to the police. 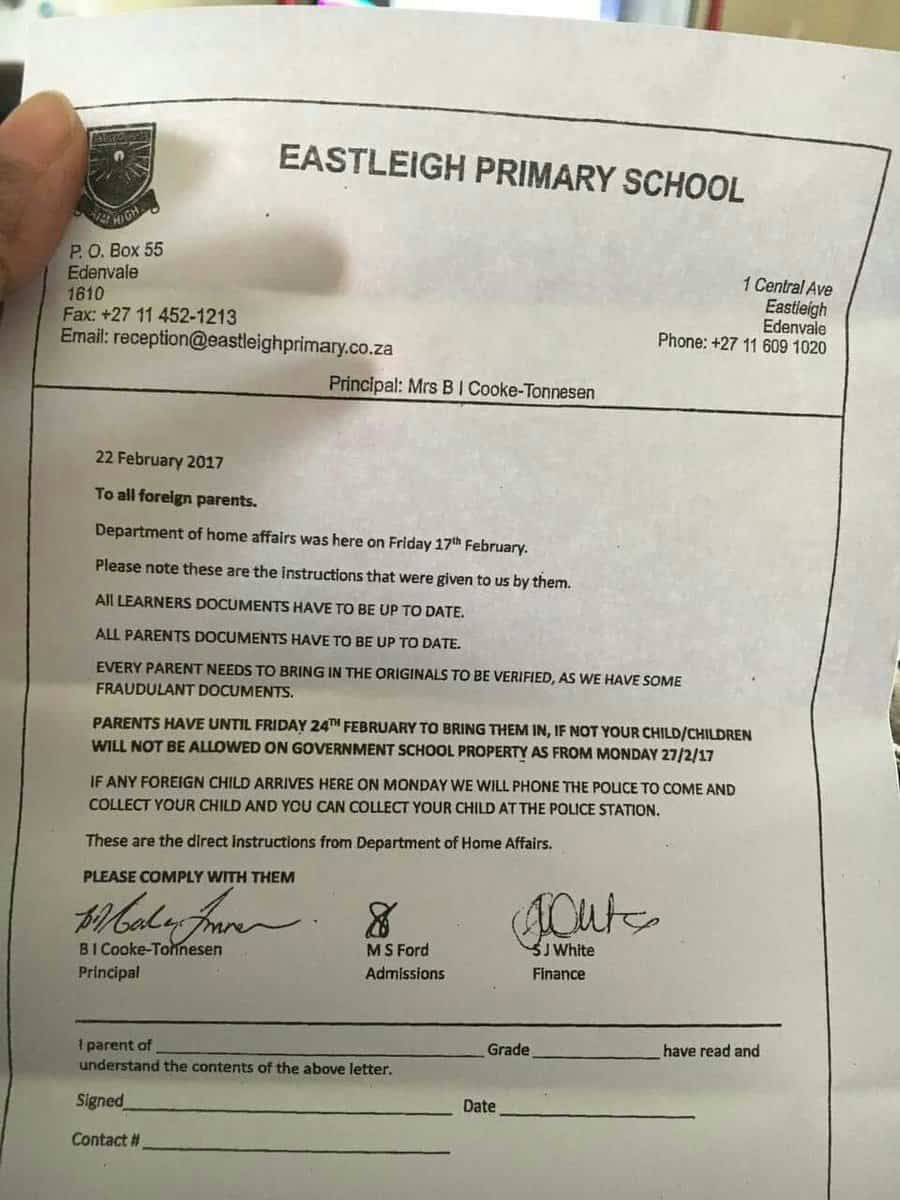 A letter making the rounds on social media stating all foreign pupils attending Eastleigh Primary School should be documented by Monday 27 February or face arrest has left the department of education concerned.

The letter specifies that home affairs gave instructions for foreign pupils and parents at that school to bring all documents by end of today February 24 and failure to do that would result in police intervention on Monday, February 27, after being given a grace period of one week since February 17.

These attacks have come after Johannesburg Mayor Herman Mashaba reiterated recently that illegal migrants should be apprehended.

READ MORE:Why xenophobia Gauteng is so angry, according to Mashaba

The department of education told The Citizen they would later today be issuing a statement they were preparing.

South Africa’s xenophobia disaster came into the spotlight after the violent eruptions of 2008, where scores of foreign nationals were killed, and 2015, where there were also killings.

Prior to 1994, immigrants from elsewhere faced discrimination and even violence in South Africa. After democratisation in 1994, contrary to expectations, the incidents of xenophobia increased.

Between 2000 and March 2008, at least 67 people died in what were identified as xenophobic attacks. In May 2008, a series of attacks left 62 people dead, although 21 of those killed were South African citizens.

The attacks were apparently motivated by xenophobia. In 2015, another nationwide spike in xenophobic attacks against immigrants in general prompted a number of foreign governments to begin repatriating their citizens.

Take a little time out of your day to lodge a complaint against Eastleigh Primary School with the @SAHRCommission: https://t.co/H5KHAJQwEd https://t.co/ffNiu31Xi0

After Home Affairs visit on 17 Feb, Eastleigh Primary School writes "If any foreign child arrives here on Monday we will phone the police" https://t.co/3zjZ9XRUwQ