The bonnet of the car as well as the roof were dented. Michael Gould showing more sjambok damage on his car, due to a roadrage incident

Road rage took a bizarre twist when an Amanzimtoti resident’s car was sjambokked by a taxi driver while both were stuck in gridlocked traffic on Friday morning.

Michael Gould was still visibly shaken while recounting what transpired at 7.05am while he was on his morning commute on the N2 opposite Arbour Crossing in KwaZulu-Natal, South Coast Sun reported.

He had mounted the slight hill between Galleria and Arbour Crossing, where traffic had stalled.

In an attempt to see if there was an obstruction ahead, Michael edged his Toyota from the slow lane into the emergency lane. He only realised he was blocking a taxi’s path when it came to a stop behind him.

“When I pulled back into the slow lane, he came across and past me via the fast lane,” said a still flustered Michael.

Michael said: “The next thing I knew, I could hear the thump of something hitting my car.” Michael Gould showing the damage done to his car roof

Long slash marks dented the metal of Michael’s car bonnet as well as the roof, while scratches from the roof across the back passenger door show the extent of the lashing.

“I couldn’t believe what was happening. I really want to warn people that this is happening out there – it’s unbelievable.”

Losing his cool, Michael started following the taxi when he noticed a police van behind him.

“I slowed to get the policeman’s attention, and he stopped behind me so I lost the taxi, but I got his registration number,” added Michael.

“The policeman said saw a taxi driver wielding a sjambok outside the window, but he didn’t know he’d struck my car.”

Michael has reported the incident to the police.

He would like any witnesses to come forward. Leave a comment at the foot of this article if you witnessed the altercation. “Somebody could’ve been killed – it’s outrageous.”

Michael Gould showing more sjambok damage on his car, due to a roadrage incident 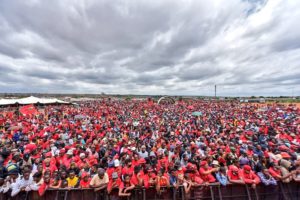 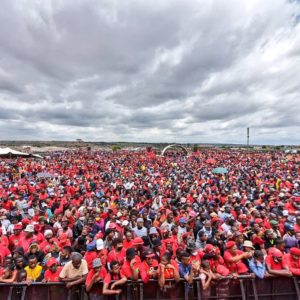