The snake has been around for some time and often settles between hole 2 and hole 8. 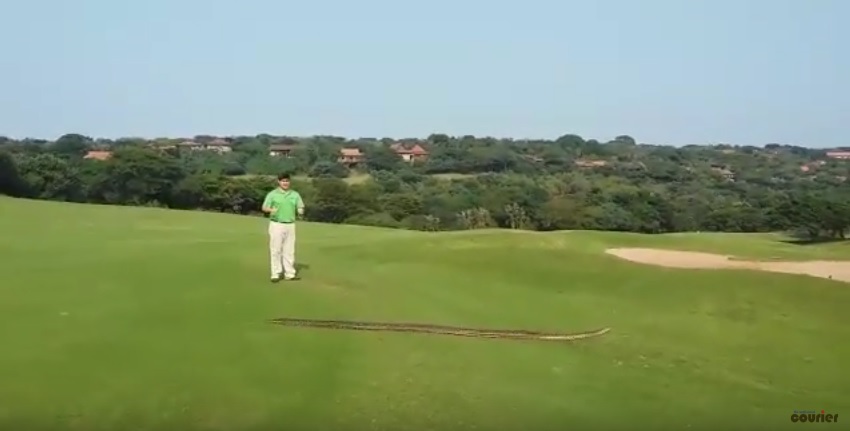 Kyle Caitano stands next to the large African rock python.

Local golfers were joined by an unexpected visitor on the Zimbali Country Club golf course in KwaZulu-Natal.

A large African rock python decided to interrupt a round of golf at the eighth hole as it slowly made its way from one side of the course to the other, North Coast Courier reported.

According to Nick Evans, who shared the video on the KwaZulu-Natal Amphibian and Reptile Conservation Facebook page, the python is estimated to be 3.5 metres long and is “made of pure muscle”.

“It is a truly beautiful and magnificent animal. I’m so glad this majestic specimen was left alone. We need to work together in conserving this special species, through continuous education and the rescue of ‘problem animals’,” said Evans.

Kyle Caitano, who works at the Zimbali Pro Shop and who is seen in the video, said the snake has been around for some time and often settles between hole 2 and hole 8.

The video was captured by one of the marshalls.