Granny woken from nap by a black mamba

The dark-skinned snake was inside the wardrobe bobbing its head in and out of the clothes. 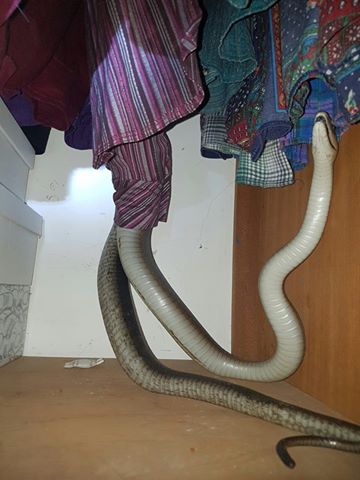 A black mamba slithering in a cupboard.

A Durbanite woman’s nap was interrupted by a black mamba that she woke up to see slithering around her bed in her Westville home in Durban.

According to Nick Evans of the KwaZulu-Natal Amphibian and Reptile Conservation organisation on his Facebook page, he received a call he had been waiting for a very long time – catching a mamba.

“At first, I assumed it was just a brown house Snake, like what often happens to be the case. But then she said it was 3-4 metres long. No house snake gets that big!” said Nick.

“The woman explained that she had just woken up from a nap when she heard something moving next to her bed. That’s when she spotted this large black mamba, right next to her bed! It moved towards the foot of the bed, and was trying to get behind some drawers. Feeling terrified, and wanting to get out of the room to call for help, she used her duvet as a shield, and walked past the mamba! I was somewhat shocked to hear that at first, but when I thought about it, it was actually quite a good idea,” said Nick. 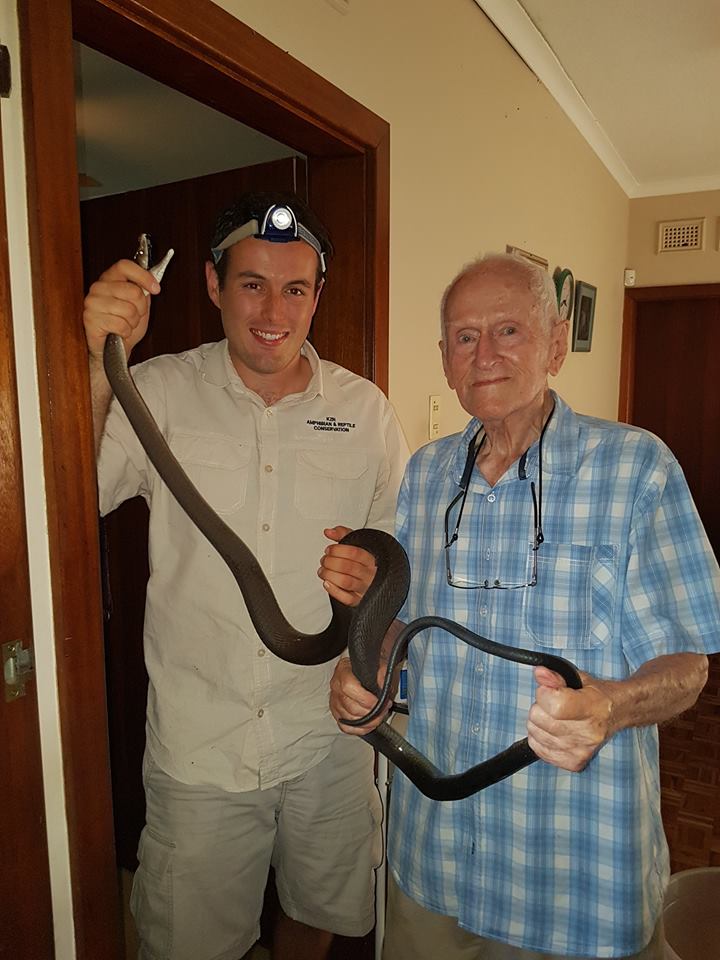 Nick and his grandpa after catching the snake. 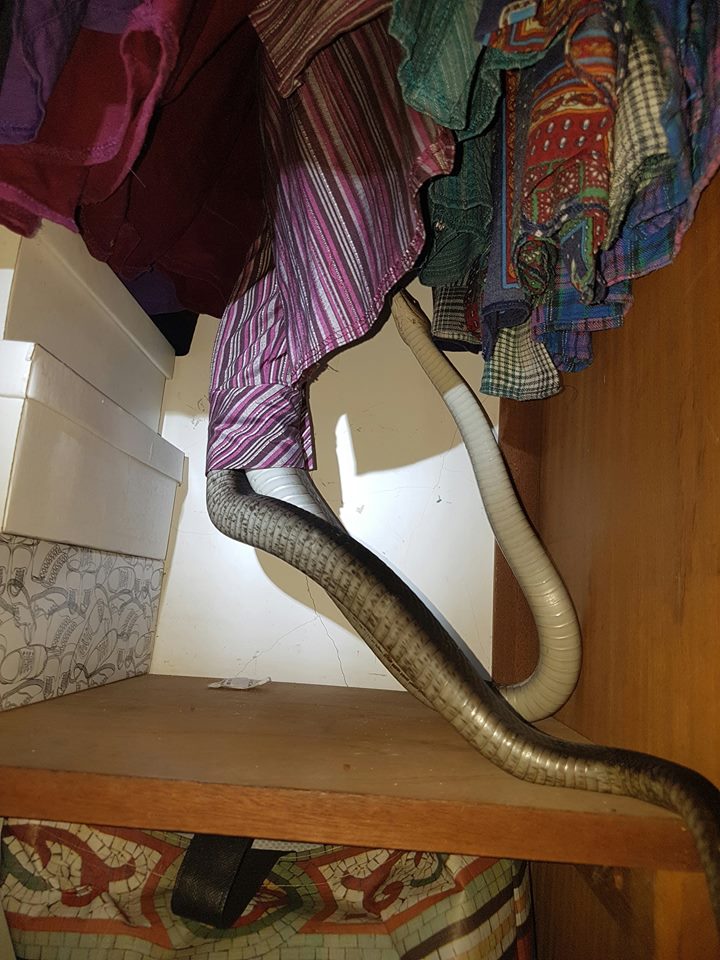 Entering the room with care, Nick had realised it had a lot of items stored, giving the mamba better hiding places.

Eventually he saw the cupboard door ajar and instantly knew it was there.

“I used tongs to secure its head then picked it up with my hands. He was trying to hide behind the clothes, getting a little bit cheeky and opened the mouth to show the black inside as a warning, but the poor thing was terrified and just wanted to be left alone. I had it secured, with my heart racing, and with a big smile on my face!” says Evans.

“I became very intrigued by this peculiar sighting. I mean, how often do you see a 2-metre-plus Black Mamba hiding in a cupboard? It was a first for me! I invited my grandpa over to come and see, and the woman’s sister though lady who had called said she had seen enough of it. 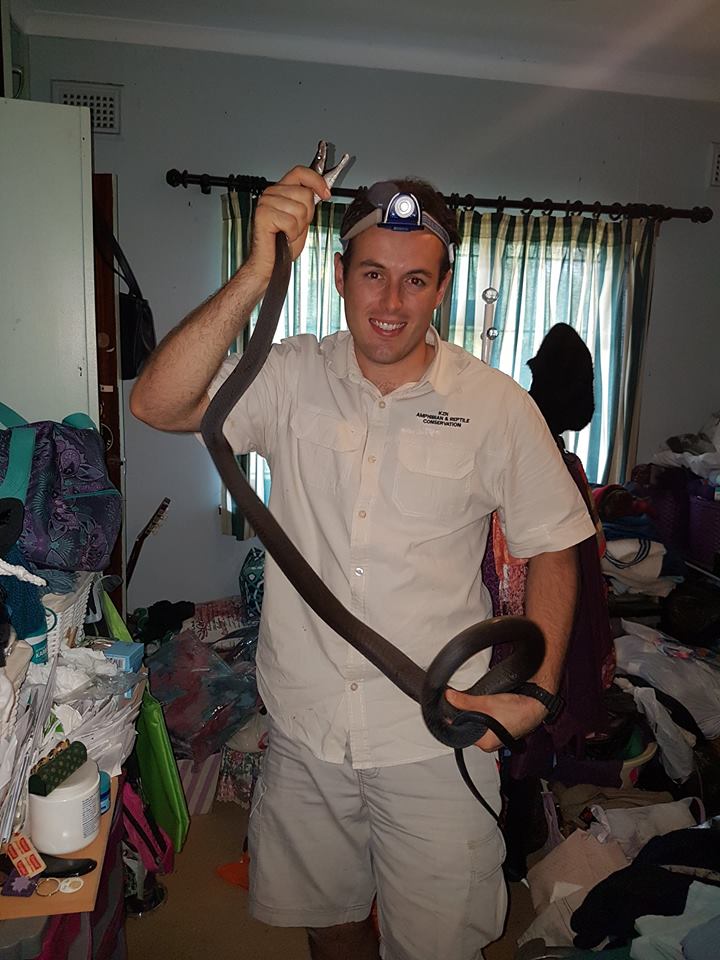 Nick and the mamba