Two men driving a silver Mercedes stopped in front of the Porsche driver. 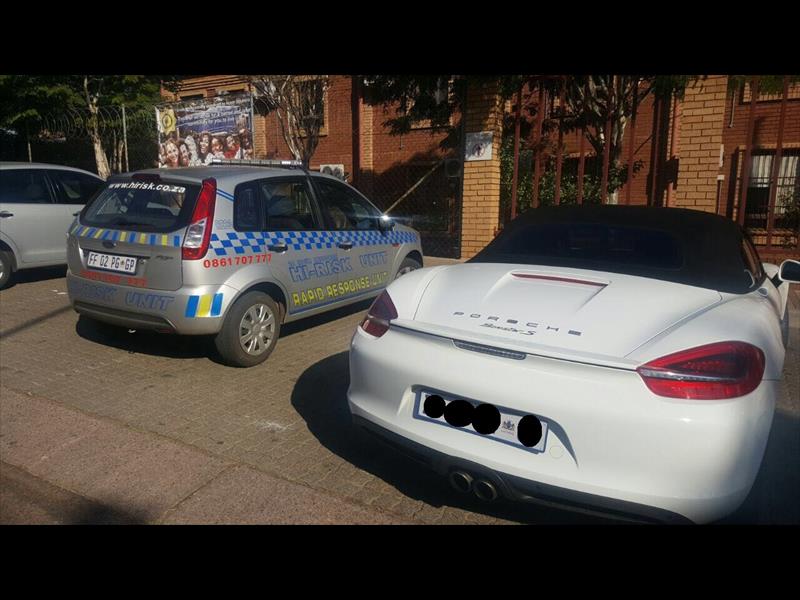 The vehicle at the Garsfontein police station after the attack. Photo: supplied.

Two would-be hijackers got the surprise of their life when the victim decided to fight back.

This after a Porsche driver acted quickly in an apparent hijacking attempt on Garsfontein Road and Selati Street, in Ashley gardens on Saturday around 1pm, Rekord East reports.

Two men driving a silver Mercedes-Benz stopped in front of the Porsche driver.

Hi-Risk security spokesperson Arthur Crewe said the two men were said to be armed with handguns.

“It seems the Porsche driver’s instincts kicked in and he crashed into the attackers’ vehicle.”

The men then fled the scene.

A lookout was issued for their vehicle by various community police forums.

“We had most areas blocked off but we lost the suspects.”

Garsfontein police were yet to confirm the hijacking attempt.