The tragic incident unfolded after the ‘alleged speeding drunk driver’ in a BMW crashed into a Toyota Yaris. 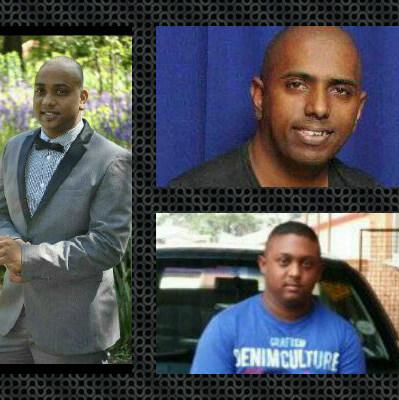 Moorton resident Kreeson Moodley, 23, was sentenced to five years each for three counts of culpable homicide, three years for reckless and negligent driving and two years for driving under the influence of alcohol.

The tragic incident unfolded after the ‘alleged speeding drunk driver’ in a BMW crashed into a Toyota Yaris.

After three men were killed in a horror crash on Link Road in Shallcross more than two years ago, their families have the closure they deserve after the driver of the vehicle that crashed into them was sentenced to 20 years’ imprisonment at the Durban Regional Court on Monday, Rising Sun Chatsworth reported.

Three of the friends, 18-year-old Preston Denalin Naicker of Montford, 34-year-old Delon Cadman of Moorton and Byron Pillay of Havenside, were declared dead at the scene by paramedics, while their other two friends, Deon Budram of Montford and a 26-year-old off-duty police officer of the Chatsworth Crime Intelligence Unit, survived the crash and remained in a critical condition at two different hospitals.

Cadman’s brother, Donaven Gurriah, said their family welcomed the outcome of the case and hoped the sentence would send out a strong warning to other road users to think twice before driving under the influence of alcohol.

“Although this will not bring my brother back, we now have some closure and justice has finally prevailed. We hope that motorists will try to be more responsible and the outcome of this case will deter them from drinking and driving, endangering other road users in the future,” he added.

Meanwhile, Mariannhill police are appealing to members of the community to assist them in identifying a decomposed body that was found in the area, recently.

According to Mariannhill police spokesperson Captain Harold, the body was found in the bushes on Nerina Road.

“The head and torso was badly decomposed making identification impossible. The deceased was wearing black All-stars takkies, black leggings, a black jacket and a white vest,” he said.