She said Zuma is 'haunting' the nation and should step down. 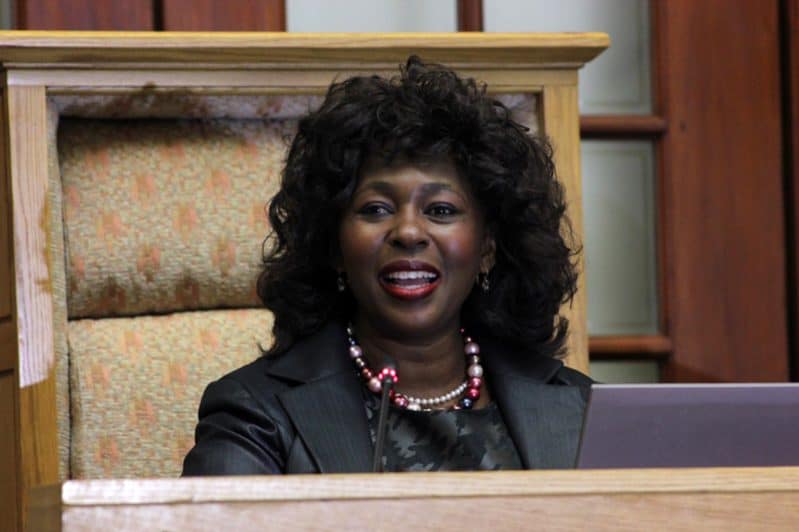 President Jacob Zuma took a verbal beating for conduct described as “oppressive”, “dishonourable” and “disgraceful” from speakers, including axed finance minister Pravin Gordhan and ANC MP Makhosi Khoza, at the Conference for the Future of South Africa convened by more than 130 civil society organisations in Johannesburg yesterday.

Khoza, who recently received death threats for her views opposing Zuma, the state of the country and the vote of no confidence in the president in August, said South Africans had been living with “this pain” for too long.

“He promised to stay for one term … but he never did. I have been living with this pain for so long. To know that it is not my pain, but the pain of all South Africans.”

Zuma had promoted tribalism and divided South Africans by calling them racist when they marched against him, she added.

Gordhan, speaking on the sidelines, said there were aspirations to be fulfilled in South Africa, and that he would vote with his conscience in August.

“If the president or anybody else is not helping us to fulfil those aspirations, which are for very low unemployment, very low inequality, virtually no poverty and all South Africans enjoying a better standard of life – and South Africa regaining its reputation in the world … then clearly we must have a situation where those who are responsible must move aside and let good people run this country so we can achieve those aspirations.”

On the cancer of state capture, he said public monies were being lost to benefit a handful of foreigners and locals.

“That money should actually be used to improve the lives of South Africans.”