Police reports indicated that four vehicles were used in the heist which includes the white Mercedes, a blue Ford Focus, an Audi and another unidentified vehicle. 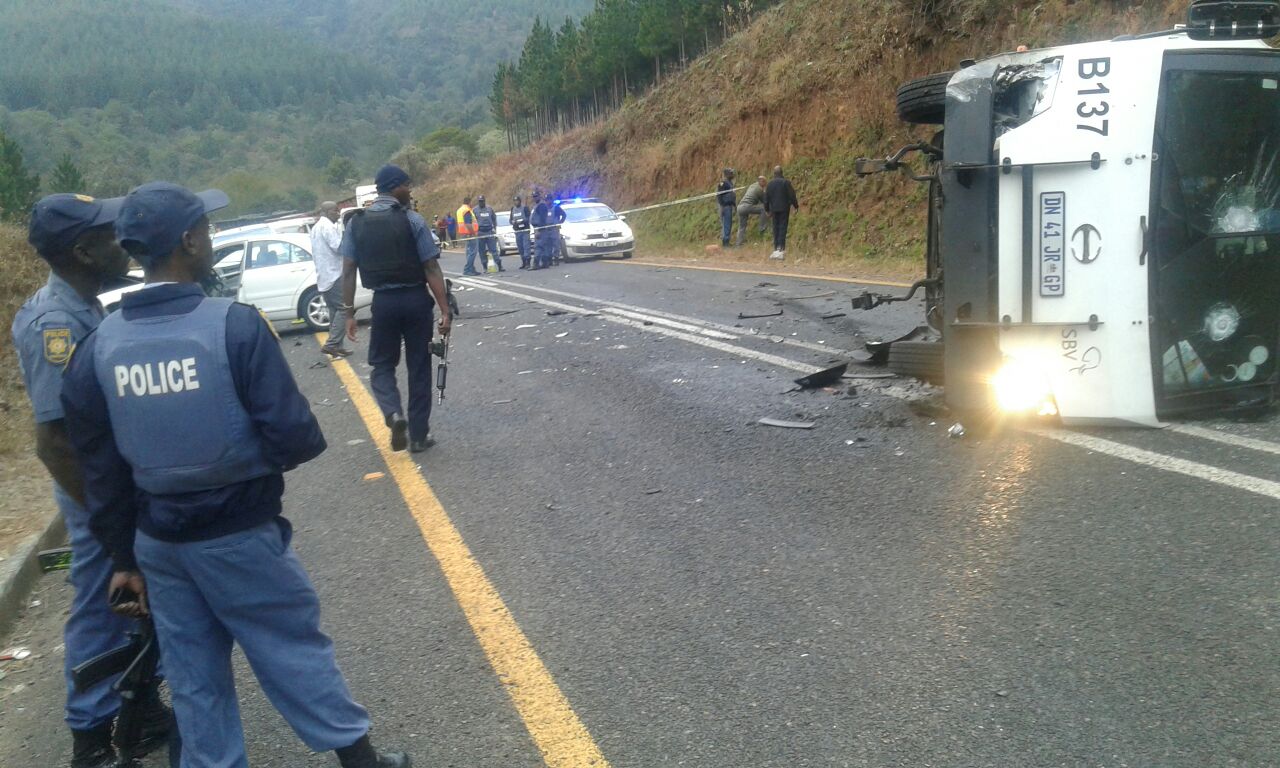 A cash in transit heist caused havoc on the Long Tom Pass in Lydenburg, Mpumalanga on Monday.

It is alleged a white Mercedes E-Class slammed into the SBV Services vehicle and overturned it, Steelburger News reported. Police reports indicated that four vehicles were used in the heist which includes the white Mercedes, a blue Ford Focus, an Audi and another unidentified vehicle.

About ten suspects proceeded to rob the transit vehicle and used explosives to gain entry to the back of the vehicle.

Five security guards were also held at gunpoint. Their weapons were tossed into the nearby field and later recovered by police officers.

According to Petro Viljoen, she was travelling on the pass and stopped behind a truck on the road. “It must have just happened. The man travelling behind me got out of his vehicle and walked to the truck but almost immediately turned around. I asked him what the problem is and he said that there had been a cash in transit heist,” she explained to the newspaper.

Viljoen told the man that she had to be in Nkomazi by 08:00.

“He offered to drive in front of me on one of the dirt roads leading to Nelspruit. I was scared because the last time this happened they also fled using one of the plantation roads.”

None of the security guards were injured during the heist. According to Deon Broekman, hazmat operator who was at the scene, it is alleged that two vehicles headed to Lydenburg and the other two towards Sabie. One of the vehicles was apparently found abandoned at Hendriksdal – the dirt road that Viljoen travelled on. The robbers fled with an undisclosed amount of cash.

The Long Tom Pass is still closed. Police are still on scene gathering evidence and information regarding the incident.