Five lions on the loose: Authorities on high alert

Search teams have so far seen the lions but been unable to establish where the predators came from. 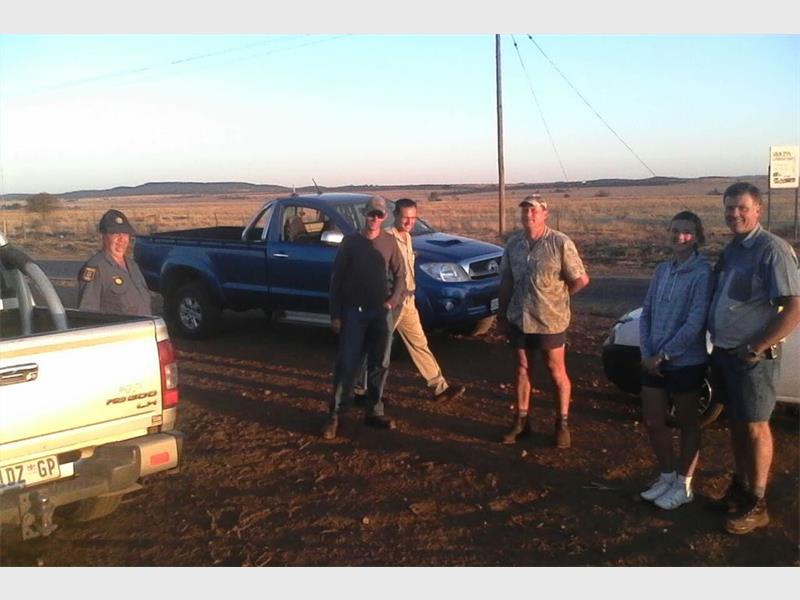 Last week a young male lion was on the loose in Fochville on the far West Rand, and now four more are on the loose, Randfontein Herald reports.

Drew confirmed there are now five lions on the loose in the farm area of Fochville and the Pit-Track Canine Conservation. The police and residents have been trying to locate them ever since.

“We have had air support for the past week to see if we can locate the lions, but the grass is very long and the terrain mostly open fields. The landscape also plays a vital part in the location, because the lions blend in,” said Drew Abrahamson.

The news of the four additional lions on the loose came to light while the police were investigating the death of a calf. Both farmers and security guards have seen the five lions but search teams have so far been unable to establish where the predators came from.

Evidence that the lions are prowling around – a paw-print.

The search will continue. The teams are planning a call-up and are going to be placing camera traps in strategic positions on this Saturday during the day and evening with the hope of catching the lions.

Ever since the news of the first lion on the loose broke, calls have been flooding in from farmers and residents about animals disappearing or being caught.

Once the lions have been captured‚ they will be sent to the Lion Rock sanctuary‚ which is owned by Four Paws International, in Bethlehem.