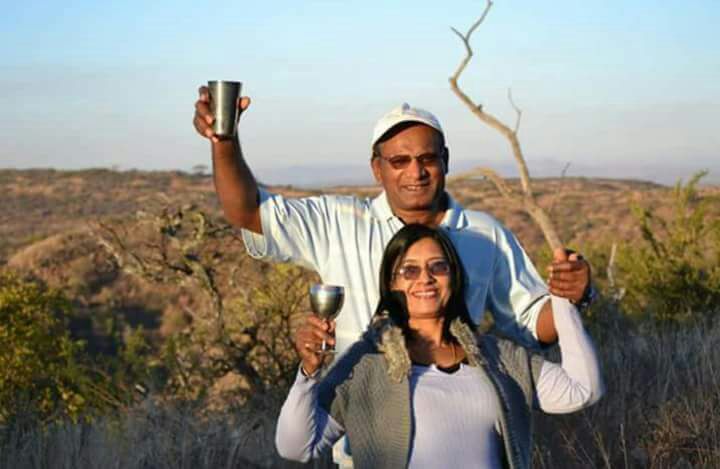 Gona Pillay and her husband, Loga.

The three men accused of the murder of former Southlands Secondary School principal in KwaZulu-Natal, Gona Pillay, and the attempted murder of her husband, Loga, were denied bail at the Chatsworth Magistrates’ Court, yesterday, Rising Sun Chatsworth reports.

Intern estate agent of Pam Golding Properties, Basil Underhill, 24, his cousin, Braveman Underhill, 23, and Fred Boy Msomi, 30, were represented by legal aid attorney, Siyabonga Mncwabe, who in his address to the court, read out affidavits by all three accused which will be submitted as evidence in the trial and may be used against them in the trial or subsequent proceedings.

State prosecutor Thandeka Ngcamu said the state opposed bail in the matter due to various circumstances including that the three accused could endanger the safety of the public or commit a schedule one offence.

“There is a possibility of them evading their trial, intimidating witnesses or destroying evidence and also regarding the disturbance of public order as residents are angry about the nature and seriousness of the crime and might react if they are released on bail,” she said.

Two of the accused: Basil Underhill and Braveman Underhill.

The court heard that Basil Underhill, has a pending fraud case, while Msomi was convicted for fraud in 2011 and assault in 2012. He has two pending cases, one for theft and one for attempted murder.

Basil Underhill, the alleged mastermind of the brutal attack and robbery of the couple, had one previous conviction for robbery and was employed as the assistant of a herbalist.

The affidavit read by Mgcamu, written by investigating officer Warrant Officer Khomo from the Bayview police explained how police found Msomi hiding under the bed when police arrived to arrest him.

The affidavit by Warrant Officer Khomo also included that residents of Chatsworth are tired of crime in the area, which is increasing, and residents have responded to the matter.